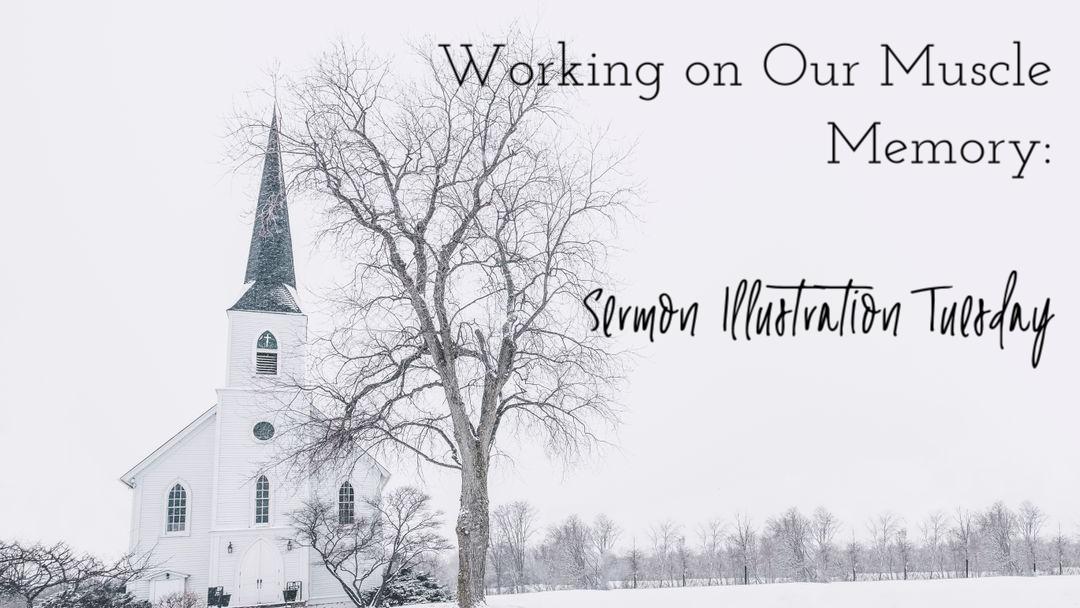 Editor’s Note: The following illustration came from one of my own sermons, as I was trying to help a congregation see itself not as a building, but the body of Christ. It has been adapted for TPW:

Now, one of things I’ve realized, even in my own perspective on the church, is that we all have a default way of thinking about “church.” That is, for the majority of us in North America and Europe, when we hear “church” we often think of a building with a cross on top.

We know from studying biblical passages about the church we should picture a human body or a gathering of Jesus followers instead, right? But it’s kind of like muscle memory. You all know what muscle memory is right?

It’s the idea that we have certain ways of doing things, say swinging a golf club and when we try to say, change that swing, we struggle, because we already have muscles that expect to move a certain way right? So for instance, recently I had a golf lesson. And the instructor, who knows a lot more about golf than I do, said, “I think I’d like to change your swing.”

Now, this wasn’t exactly what I wanted to hear. I wanted to hear, “Oh, you are just doing this little thing wrong. Fix it, and you’ll have a zero handicap.” Okay, let’s be honest, that was never going to happen.

So, let me demonstrate how I used to swing. (Show the congregation.) It wasn’t terrible, but it also had its problems. So the instructor made a couple tweaks, and I’ll be honest, at first, it felt very awkward, even flat out wrong. I thought to myself, “I’m pretty sure I’ll never hit the ball well with this swing.”

But strangely enough, with a little practice, not only did I start to hit the ball straighter than I was before, but I was also hitting the ball further. So why do I bring this up? It’s because we all have quite a lot of “muscle memory” related to the church. We all see and expect the church to look and act a certain way.

The problem is, sometimes, in order for the church to grow, we need to look back at scripture and ask, “What if our muscle memory is off?” What if we are doing things, not because they have to be done that way, but because they used to work well this way, but they don’t really work anymore? Remember, we’re not talking about changing the gospel or the essence of the Church. We are talking about fixing some of our mechanics in order to more faithfully proclaim the good news that Jesus Christ is Lord and Savior, in our place and time.