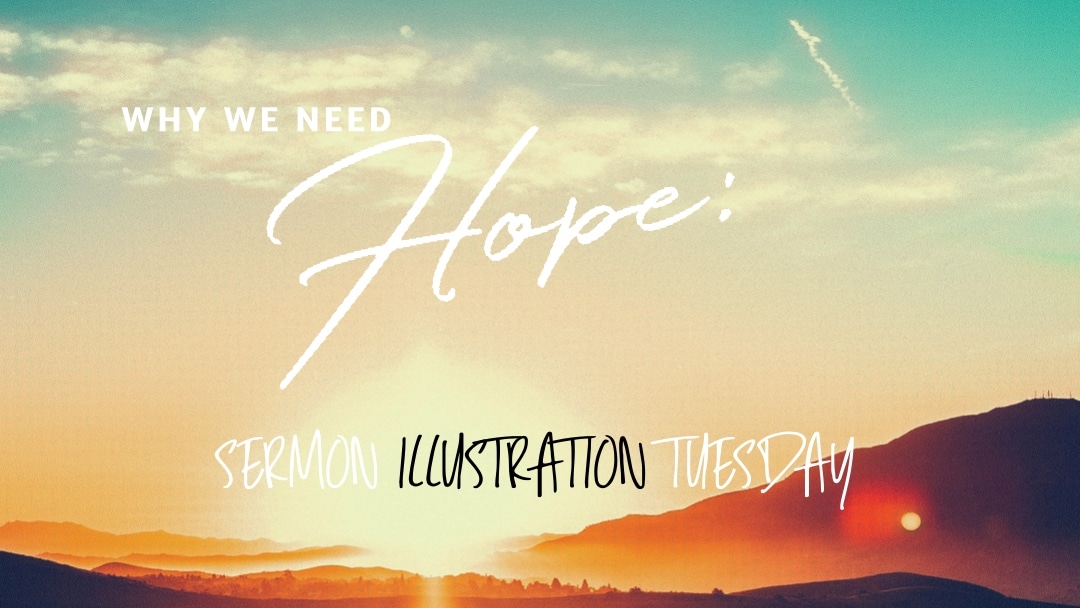 Major Harold Kushner was a prisoner of the Viet Cong for more than five years. Kushner describes one of his fellow American prisoners, a tough twenty-four-year-old Marine who had made a deal with their captors. The Marine agreed to cooperate with the enemy, and in return the commander of the prison camp promised he would let him go.

The young Marine did whatever was asked of him. He became a model prisoner, and he even became the leader of the camp’s thought-reform group. But before long it became clear to him that the camp commander had lied to him and that the Viet Cong had no intention of actually releasing him.  This is how Major Kushner described what happened next to the Marine: “When the full realization of this took hold, he became a zombie. He refused to do all the work, and he rejected all offers of food and encouragement. He simply lay on his cot, sucking his thumb. In a matter of weeks, he was dead.”

The cause of this prisoner’s death might be summarized in one word: hopelessness.  There’s little doubt that hopelessness can kill. In World War II, Korea, and Vietnam, many prisoners died from a condition doctors nicknamed “give-up-itis.” The prisoners faced grim conditions and had no apparent prospect of freedom, and some of them became demoralized and deeply mired in despair.

After a while they turned apathetic. They refused to eat or drink. They spent their time staring blankly into space. Drained of hope, these prisoners gradually wasted away and died. The human spirit needs hope to survive and thrive. Said Dr. Arnold Hutschnecker, “Since my early years as a physician, I learned that taking away hope is, to most people, like pronouncing a death sentence. Their already hard-pressed will to live can become paralyzed, and they may give up and die.”