What is the Church For?: Sermon Illustration Tuesday 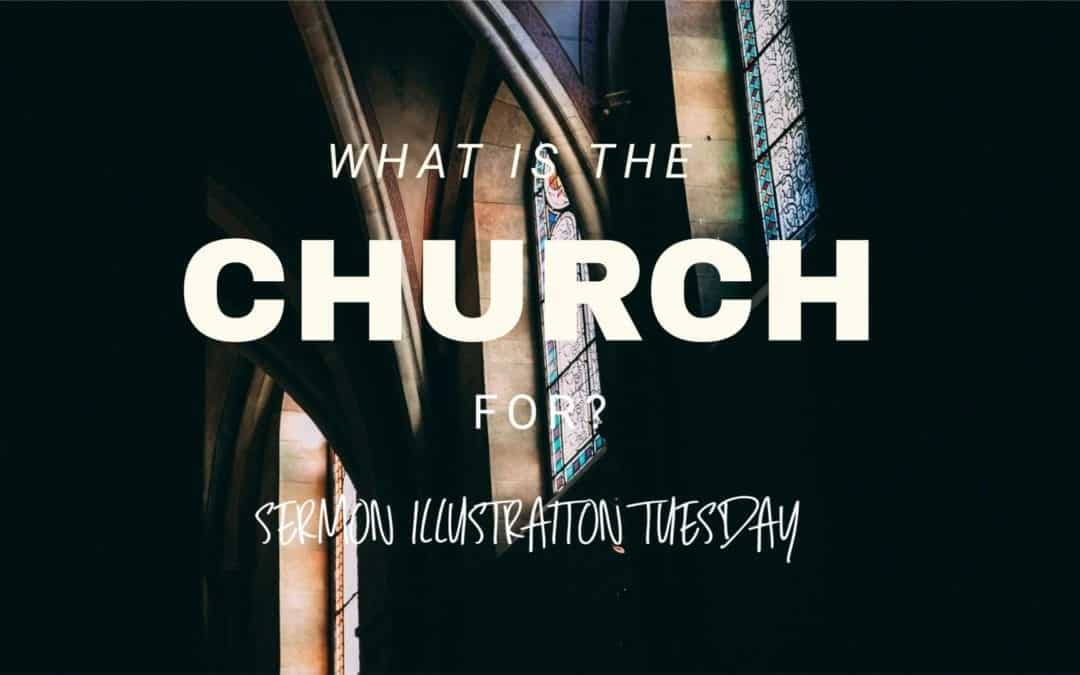 In her excellent book, Liturgy of the Ordinary, author Tish Harrison Warren deals with an issue on many people’s minds: why is it that so many people, especially younger generations, don’t consider church an essential part of their life and faith? Warren offers a different perspective to a question many in the church are trying to answer:

Yet many believers of my generation are not sure what the church is for. Some have denigrated the need for it all together. We have produced a me-centered faith that would be foreign to most Christians throughout history. We have made a false gospel with individualized communion-on-the-go kits.

A popular Christian author can write that “most of the influential Christian leaders I know (who are not pastors) do not attend church,” and can refer to the church as a university that he has “graduated” from.

But if Christianity is not only about my individual connection with God, but is instead about God calling, forming, saving, and redeeming a people, then the church can never be relegated to “elective” status. Christ did not send his Holy Spirit only to individuals. He did not merely seek personal relationships with his followers.

The good news is not simply that I can believe and thus make it to heaven, or even that I can believe and live out my life among a band of Christian friends. Jesus sent his Spirit to a people. The preservation of our faith and the endurance of the saints is not an individual promise; it is a promise that God will redeem and preserve his church—a people, a community, an organism, an institution—generation after generation, and that even the gates of hell will not prevail against it…

There are times, though, when the wounds the church gives are even more profound and complex than conflicts between individuals, as painful as they can be. Sin in the church can be insidious and systemic. We can be injured by a misuse of power or entrenched institutional pathology. Any of us who have hung around the church long enough have a few scars to show. I was once deeply wounded by someone in a position of power in my church. Suddenly, a place that had always been a refuge for me became a place of rejection and condemnation.

The pain of that hurt felt sharp, even physical, a blow that knocked the breath out of me. I was tempted to give up on the church altogether. I felt that everywhere I looked, left and right, I saw ecclesial dysfunction and brokenness. I was becoming cynical and guarded. Yet where else could I go? The church was where I heard the gospel in community, where I received nourishment in Word and sacrament, where I touched the body of Christ, where I was shaped and formed as one beloved by God. So we returned to church, albeit a different congregation, after a lot of prayer and talks with close friends and mentors.