Until the Snake Has No Head: Sermon Illustration Tuesday 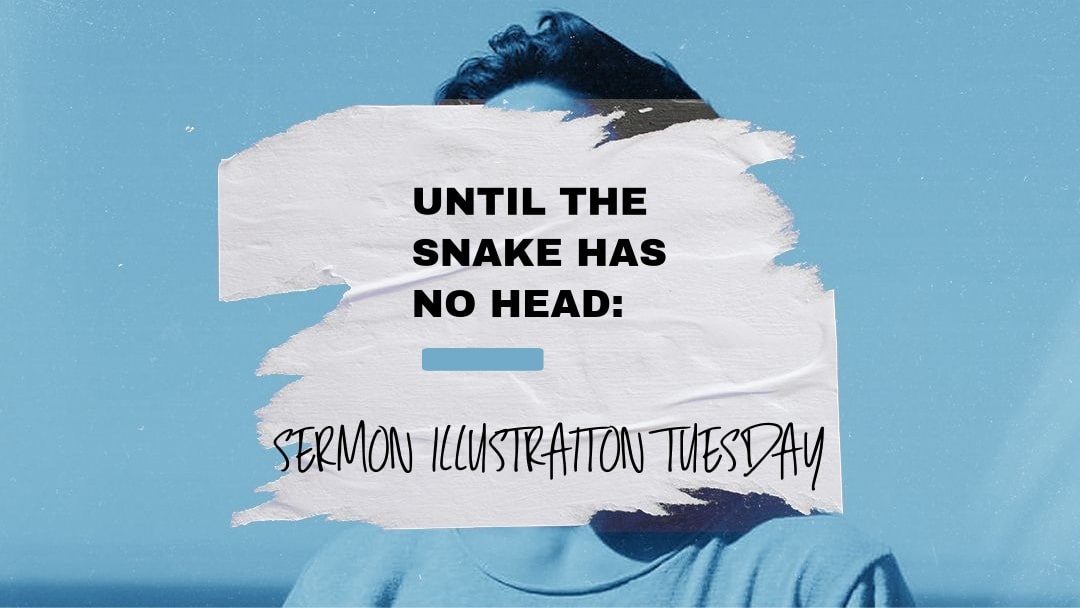 My grandad told me a story once and that story became a light. A light that unlocks the dark and releases you into the land of a thousand suns. Apparently, so the story went, there had been a tropical snake, longer than the length of a man, that wound its way up the stilts of a jungle cabana and slithered right into one unsuspecting woman’s kitchen. That woman turned around, split the day with one blood-curdling scream, and flung herself outside wide-eyed. That’s about when a machete-wielding neighbor showed up, calmly walked into her kitchen, and sliced off the head of the reptilian thing.

The strange thing is that a snake’s neurology and blood flow make it such that a snake still slithers wild even after it’s been sliced headless. For hours that woman stood outside, waiting. And the body of the snake still rampaged on, thrashing hard against windows and walls, destroying chairs and table and all things good and home.

My Grandad turned to say it, and I can tell you, it felt like a proclamation of emancipation: A snake can only wreak havoc until it accepts it has no head—that it’s actually dead. The enemy of your soul can only wreak havoc in your life until you accept that it’s already dead—and you’re already free. Be who you already are. Be Free — because you already are free. Your enemy is dead — so silence the lies in your head. No enemy can’t imprison you — because your Savior empowers you. Nothing can hold you in bondage — because you are held by him. Not one thing can hold you back — because his arms are holding you.