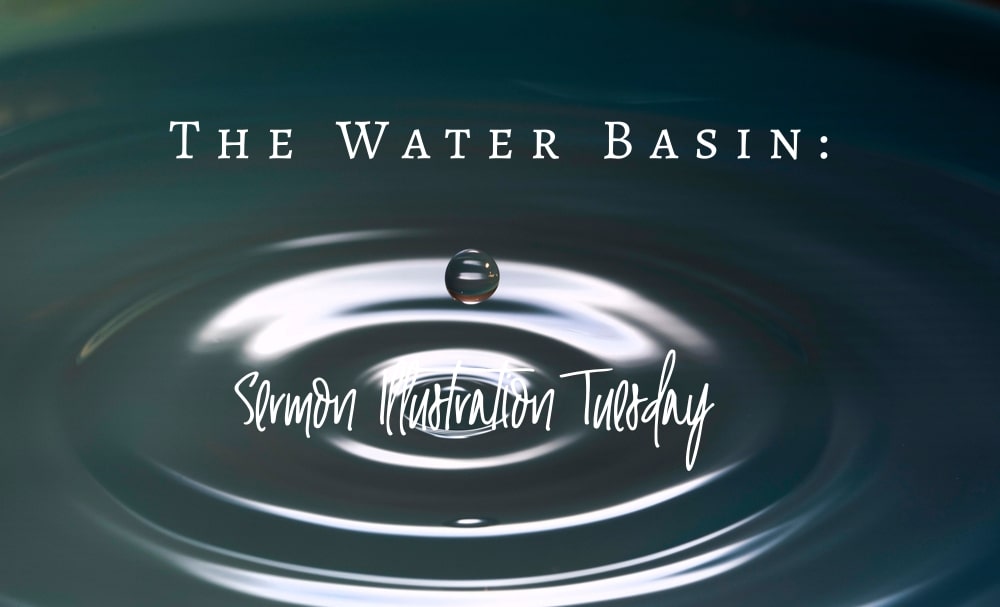 Brennan Manning uses this insightful story to illustrate why it is that modern, busy people find themselves so disconnected from both themselves and the lives they wish to enjoy.

It is much like the story of the harried executive who went to the desert father and complained about his frustration in prayer, his flawed virtue, and his failed relationships. The hermit listened closely to his visitor’s rehearsal of the struggle and disappointments in trying to lead a Christian life. He then went into the dark recesses of his cave and came out with a basin and a pitcher of water.

“Now watch the water as I pour it into the basin,” he said. The water splashed on the bottom and against the sides of the container. It was agitated and turbulent. At first the stirred-up water swirled around the inside of the basin; then it gradually began to settle, until finally the small fast ripples evolved into larger swells that oscillated back and forth. Eventually, the surface became so smooth that the visitor could see his face reflected in the placid water. “That is the way it is when you live constantly in the midst of others,” said the hermit.

“You do not see yourself as you really are because of all the confusion and disturbance. You fail to recognize the divine presence in your life and the consciousness of your belovedness slowly fades.” It takes time for the water to settle. Coming to interior stillness requires waiting. Any attempt to hasten the process only stirs up the water anew.

Brennan Manning, Abba’s Child: The Cry of the Heart for Intimate Belonging, The Navigators.