The Bible has its own Garden Path: Sermon Illustration Tuesday 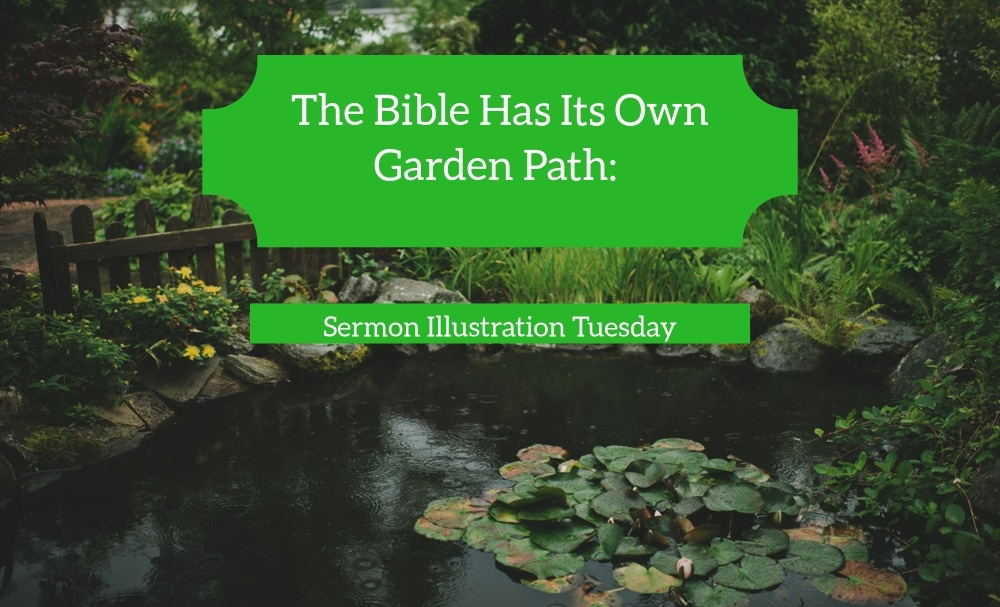 The Bible has its own garden path. It runs from Genesis to Revelation. In fact, some of the most important events in the Christian faith take place in Biblical gardens, evens around which Christianity has established its doctrines as great rocks in the sand. Many of us have known these crucial teachings of the Christian faith since we were children-the fall into sin in the Garden of Eden, Christ’s night of sorrow in the garden of Gethsemane, his resurrection from the dead at the Garden Tomb…God first planted a garden.

He is given many names in the Bible-grand names, majestic names-but from the beginning to the end there is one name more illuminating than the rest by which we can know him: God is a gardener. In Genesis 2:8, we are told, “God had planted a garden in the east.” Immediately we get an image of the Deity stooping down from the high heavens to dig a hole in the ground for a maple sapling or an evergreen, eventually dropping to his knees to grub about in the soil.

He is doing the things we do in gardens-or we’ve seen others do: patting earth firmly around the base of a newly planted choke cherry bush, spreading the roots of a petunia, placing carrot seeds, watering. There is mud under his fingernails, mud under his skin, mud streaked under the sockets of his eyes. “The Lord God made all kinds of trees grow out of the ground-trees that were pleasing to the eye and good for food” (verse 9).