Tell Them About the Dream Martin! 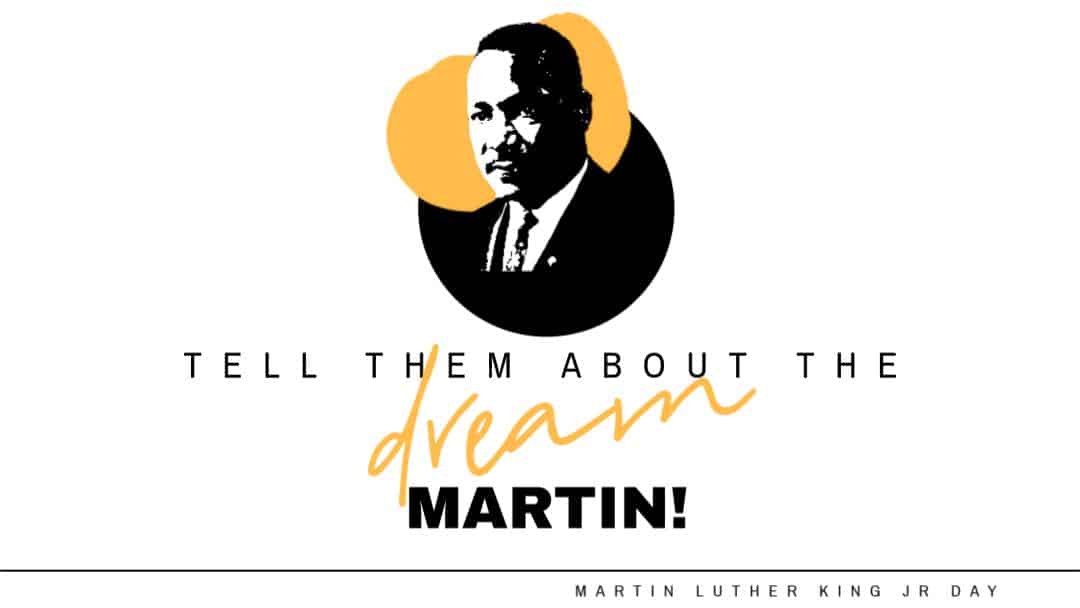 Most of us in the United States know the famous “I have a Dream” speech Martin Luther King Jr. gave at the Lincoln Memorial as part of the 1963 March on Washington. On a sweltering, humid day in the nation’s capital, some 250,000 people came to hear King speak on the cause of civil rights and the fight for equality and justice for African Americans. What most of us don’t know is that that the “dream” part of the speech almost never happened, in fact, should not have happened. It was not a part of the prepared remarks for that day, but inspiration came in the form of a gospel singer named Mahalia Jackson.

As King inched towards the climax of his speech, he seemed to hesitate, perhaps unsure of whether his prepared remarks were as inspiring as he had hoped. At that moment, the great civil rights leader heard a voice behind him. “Tell them about the dream, Martin! Tell them about the dream!” Mahalia Jackson shouted. At that point, Clarence Jones, one of Dr. King’s advisors leaned over to the person next to him and said, “These people out there, they don’t know it, but they’re about ready to go to church.”

The rest, as we now know, is history. Dr. King had been testing out this “dream” section of his speech at previous events, and when he took Mahalia Jackson’s advice, he put into words the longings of a generation to experience equality and justice for all. He described the power of the gospel to create reconciliation where there had previously been hostility and tension.

I love this little insight into one of the most important moments in American history, not because it lessens King’s impact and genius, but rather, enlarges it. It also speaks to the genius and boldness of Mahalia Jackson, willing, in one of the biggest moments of her life and Dr. King’s, to speak up with a great idea. How wonderful for King not to scoff or ignore her, but to  listen, pause and realize that she was right, that now it was time to tell them about the dream.