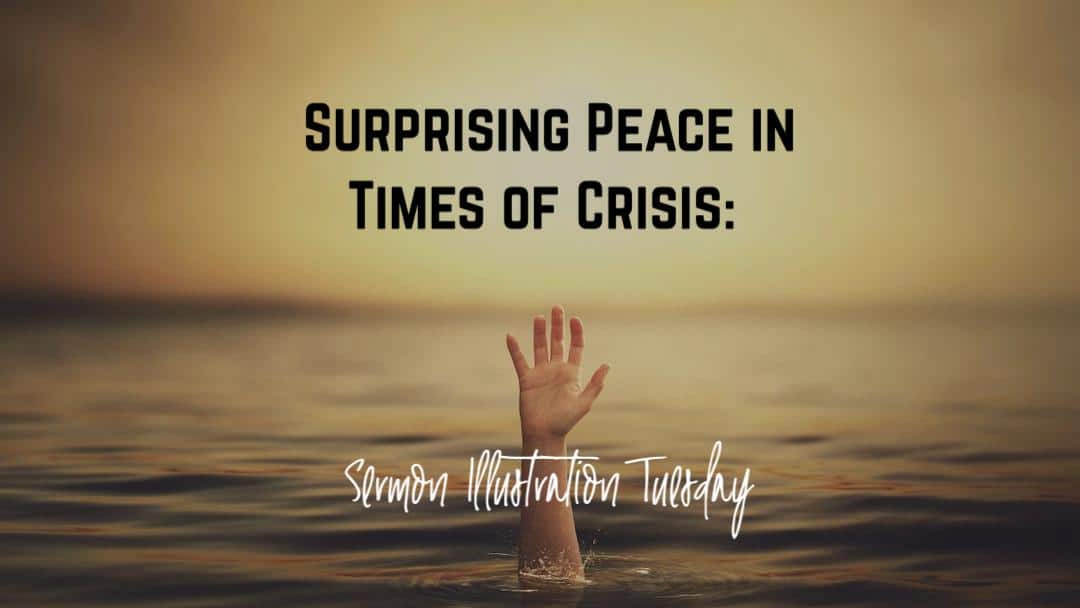 In his book, Running Scared, Pychologist Edward Welch illustrates how the fear of an event is often worse than the event itself. To demonstrate this, he provides two examples of people whose lives are seemingly about to end, and the peace that they experience in the moment actually enables them to survive:

A skier in search of a thrill pushes off and drops forty feet to the steep, powdered slope below. He loses his balance on impact and begins careening out of control into either a stand of trees or a field of boulders. Whatever he hits, he knows the impact will kill him. But he is surprisingly objective about it. He wonders if the impending crash will hurt. He wonders about life after death.

He wonders about the bill on his desk that remains unpaid. And he muses about all this without any alarm. Somehow he avoids both trees and rocks and walks away unscathed. A twelve-year-old girl, who was always scared of the water and never learned to swim, is beckoned by friends to cool off in a relatively shallow area of a bay. Reluctantly, clutching a boogie board, she ventures out. All is well until she loses her grip on the board and slips into a small hollow on the water’s bottom. As she sinks beneath the surface she experiences a surprising calm.

Here she is facing her worst fear and it seems peaceful. When she looks up, she notices two white pillars above her. They are the legs of a friend who doesn’t even know she is drowning. The drowning girl gets her hand on one leg and pulls herself up to the surface…The hard part is the night before…Anxiety about the future event is usually worse than the event itself.