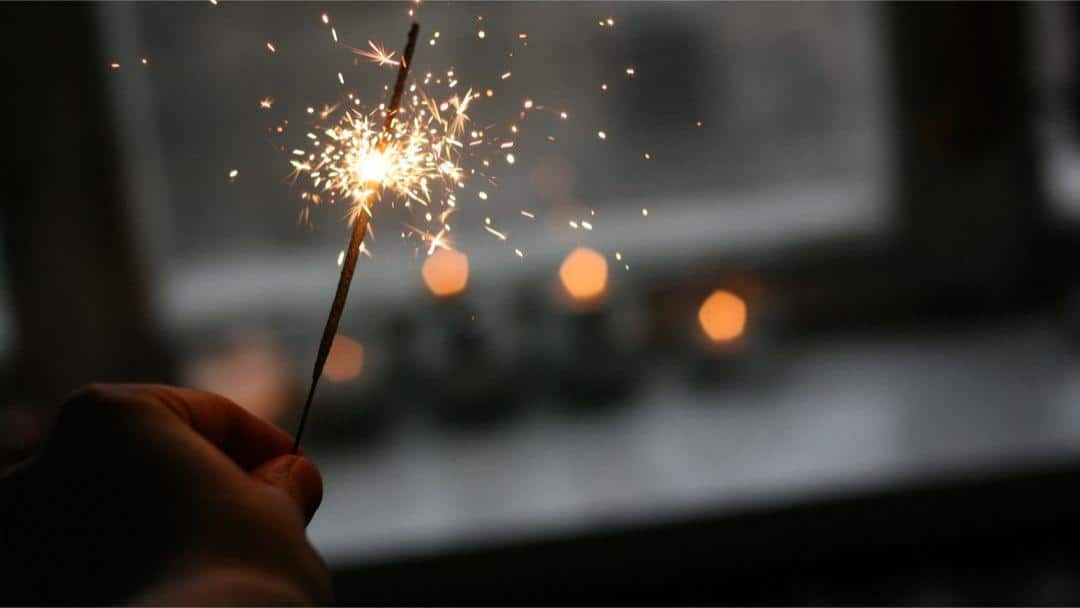 Years ago I heard a motivational speaker encourage his audience to “eat that frog.” … it makes sense in its own way: Stop procrastinating and just do the thing you fear. Once you do that, everything else is easy. While that may be helpful in overcoming procrastination, it’s exactly backward for big goals and projects. Instead, you should tackle your easiest task first.

I’ve written several books now, and the way I do it is almost always the same. I start with the easiest task first. I write the title page, the dedication, and the table of contents. Then I think through the chapters, pick the easiest chapter, and tackle it first. A book feels daunting. But one chapter is doable, especially if it’s the easiest one. When I launch a new product, create a new course, or undertake any major goal, I operate the same way.

While we should set goals in the Discomfort Zone, the way to tackle a goal is to start with a task in the Comfort Zone. There are at least three reasons to front-load your task list with easy items, starting with motion. The first step on any project is usually the toughest. But when you start with the easy steps, you lower the threshold for taking action. This is how you trick your brain into starting.

Second, emotion. Getting some quick wins boosts your mood. According to researchers Francesca Gino and Bradley Staats, “Finishing immediate, mundane tasks actually improves your ability to tackle tougher, important things. Your brain releases dopamine when you achieve goals. And since dopamine improves attention, memory, and motivation, even achieving a small goal can result in a positive feedback loop that makes you more motivated to work harder going forward.” That’s exactly what happens for me. My excitement level goes up as I work, and it’s the same for my confidence.

Third, momentum. Getting started and feeling good about your progress means it’s easy to build momentum—just like I did with my manuscript. Gino and Staats say checking items off your list frees up mental and emotional energy to focus on other projects. You might also find the tough items get easier as you go. The opposite is also true. When you start with the hardest projects first, you can drain your mental and emotional energy. Now you’re lagging—and still looking at a handful of small jobs on your to-do list. Suddenly the easy looks hard. It’s a momentum killer. You risk getting discouraged and chucking the whole goal out the window. That’s like me walking into the gym, and my trainer says let’s go over to the bench press and press 150 pounds without warming up. That would be stupid. You need to warm up first. That’s what a next step in your Comfort Zone is all about.

Take the example of fitness. Let’s say you set a goal to run a half marathon this year. That goal is in your Discomfort Zone. You’re not exactly sure how to accomplish it. Maybe you’ve already tried a physical challenge like that and failed. Don’t let the size of the dream be its own demise. Instead of worrying how you’re going to succeed, just commit to an easy next action—like calling a coach. You’re looking for one discrete task. You basically want to put the bar so low, you can fall over it. Then once that task is done, you can set the next. I don’t care how big the goal is—it can be accomplished if you take it one step at a time.

What if your next step feels uncertain? Don’t sweat it. Just try something and don’t worry if it’s wrong. The goal may be risky, but the next action isn’t. You’re stepping out, but not far. If it doesn’t work out, you just take another step. Stick with the running example.

Michael Hyatt, Your Best Year Ever: A 5-Step Plan for Achieving Your Most Important Goals, Baker Publishing Group, 2018.

New Year’s Day has long held a special power over our behavior. We turn the page on the calendar, glimpse all those beautiful empty squares, and open a new account book on our lives. But we typically do that unwittingly, blind to the psychological mechanisms we’re relying on. The fresh start effect allows us to use the same technique, but with awareness and intention, on multiple days. After all, New Year’s resolutions are hardly foolproof. Research shows that a month into a new year only 64 percent of resolutions continue to be pursued.

New Year’s Resolutions and the Power of a Fresh Start

At some point in your life, you probably made a New Year’s resolution. On January 1 of some year, you resolved to drink less, exercise more, or call your mother every Sunday. Maybe you kept your resolution and rectified your health and family relations. Or maybe, by February, you were pasted on the couch watching Legend of Kung Fu Rabbit on Netflix while downing a third glass of wine and ducking Mom’s Skype requests.

Regardless of your resolution’s fate, though, the date you chose to motivate yourself reveals another dimension of the power of beginnings. The first day of the year is what social scientists call a “temporal landmark.” Just as human beings rely on landmarks to navigate space—“To get to my house, turn left at the Shell station”—we also use landmarks to navigate time. Certain dates function like that Shell station. They stand out from the ceaseless and forgettable march of other days, and their prominence helps us find our way.

…To establish a fresh start, people used two types of temporal landmarks—social and personal. The social landmarks were those that everyone shared: Mondays, the beginning of a new month, national holidays. The personal ones were unique to the individual: birthdays, anniversaries, job changes. But whether social or personal, these time markers served two purposes. First, they allowed people to open “new mental accounts” in the same way that a business closes the books at the end of one fiscal year and opens a fresh ledger for the new year.

This new period offers a chance to start again by relegating our old selves to the past. It disconnects us from that past self’s mistakes and imperfections, and leaves us confident about our new, superior selves. Fortified by that confidence, we “behave better than we have in the past and strive with enhanced fervor to achieve our aspirations

What Does the Future Hold?

In a sermon on Revelation 21:5-7, which includes the auspicious phrase, “Behold I make all things new”, Eugene Peterson connects and contrasts the experience the energy or mood of the New Year with our experience of the book of Revelation:

The characteristic mood, the typical mental stance, on New Year’s Day is a look to the future. We have a calendar of unused days stretching out before us. There is curiosity about them and fear of them. Amateur prophets make predictions. Astrological magazines and horoscope plotters are in their peak season.

Articles proliferate in magazines and newspapers: the business outlook, the literary prospects, the political probabilities, the social changes expected. And with all this, no one can avoid these personal questions: What will it bring for me? What waits to be recorded in the diary pages of the new year?

… The statement “I make all things new” is supported by the identification “I am the Alpha and the Omega, the beginning and the end.” Alpha is the first letter in the Greek alphabet, and Omega is the last. When translated into our terms, Alpha and Omega comes out as “from A to Z.” God’s being includes all things. Nothing is excluded from his will and purpose, including time.

Every new year, we find a year ahead of us in which God will be making all things new. Of everything that is and of everything that takes place, he will be both the source and the destination. It takes great courage to believe that and great faithfulness to act upon it, for every newspaper in the country will be headlining a contradiction, and your own sin and rebellion will be turning in contrary evidence. All the same, let this word of God tear away the veil that obscures the presence and action of God in the days ahead.

Why do we make Resolutions at the Start of a New Year?

Take the prevalence of New Year’s resolutions. The Wharton professor Katherine Milkman said she found it striking that “at the start of a new year, we feel like we have a clean slate. It’s the ‘fresh start effect’

. . . all of my past failures are from last year and I can think, ‘Those are not me. That’s old me. That’s not new me. New me isn’t going to make these mistakes.’ ” In other words, New Year’s resolutions are not really about the resolutions. After all, for most people, the resolutions haven’t changed. Most people wanted to lose weight and save money on December 31, too. What we’re doing on New Year’s Day is more like a mental accounting trick. Our past failures are left on the ledger of Old Me. New Me starts today.

Taken from Dan and Chip Heath, The Power of Moments: Why Certain Experiences Have Extraordinary Impact, Simon & Schuster.

Consider checking out our quotes page on the New Year. Don’t forget, sometimes a great quote is an illustration in itself!