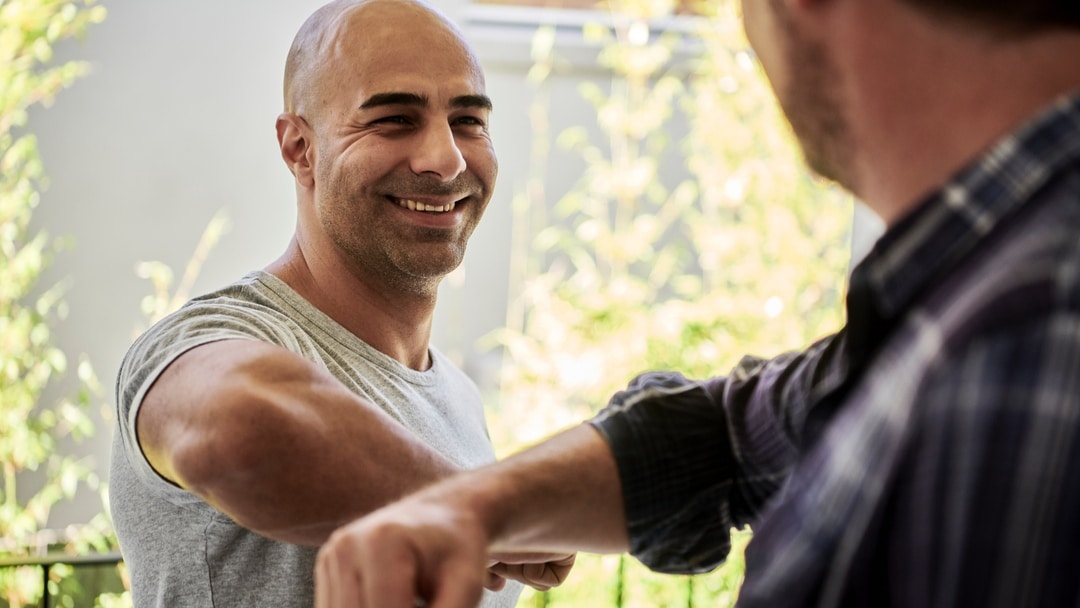 Sermon Illustrations on the Christian Life

The Cross at the Heart of the City

At the heart of the city of London is Charing Cross. All distances across the city are measured from its central point. Locals refer to it simply as “the cross.” One day a child became lost in the bustling metropolis.  A city police officer (A “bobby,” as they are referred to in London) came to the child’s aid to try and help him return to his family.

The bobby asked the child a variety of questions in an attempt to discover where the boy lived, to no avail. Finally, with tears streaming down the boy’s face, he said, “If you will take me to the cross I think I can find my way from there.” What an apt description of the Christian life. The cross is both the starting place of our new life in Christ, but also the place we must return to, time and again, to keep our bearings in life.

Finding the Life You Were Made For

Jesus, the hero of the world’s most well-known spiritual narrative, offers us a mysteriously clear path to the good life: “Anyone who doesn’t pick up their cross and follow after me doesn’t deserve me. If you find your life you’ll lose it, and if you lose your life because of me you’ll find it” (Matt. 10:38–39).

To paraphrase: die to self, follow him, and in this journey of losing your life, you’ll find the life you were made for. At first glance, Jesus’s words seem harsh and antilife—I mean, what’s up with all this talk about death? But Jesus is not being harsh. He’s simply stating a fact. Outside of him there is no life—only existence. We were made for life—the God-infused life. Until we experience this kind of life and make it our pursuit, we will find ourselves hopelessly dissatisfied with the status quo.

Finding the Right “Fit”: Clothing Ourselves with Christ-Like Behavior

I am among the minority of people who are hardwired (genetic science now demonstrates this) to loathe cilantro. I can’t stand it. I call it the adolescent of herbs: notice me, notice me, NOTICE ME! To my taste buds, a little bit of cilantro can wreck an entire meal. I don’t believe God makes any mistakes, but I do believe this world would be a better place if cilantro had never been used as seasoning, because so many chefs, especially those who make salsa (which I love), seem to think cilantro makes almost everything taste better.

Yet many people, in fact most people, are genetically wired to enjoy cilantro. I don’t get it. I’ll never get it. But if you’re one of those people, please don’t offer to cook for me. In the same way, as Christians, we are spiritually wired for compassion, kindness, humility, gentleness, patience, and love (Colossians 3:12, 14). Those qualities should be delicious to us. They should feel like they “fit” us when we put them on. We should respect them, desire them, and feel most alive when we exhibit them. It’s a good day if we demonstrated compassion, displayed kindness, walked in humility, treated others with gentleness and patience, and took the opportunity to love others as much as was possible.

Gary Thomas, When to Walk Away: Finding Freedom from Toxic People, Zondervan 2019.

Jesus & the Common Ventures of Life

All of us share in what D. Elton Trueblood calls “the common ventures of life”—birth, marriage, work, death.  Jesus, in his life and in his teaching, gave sacramental significance to these ordinary experiences of daily life.  In his own birth the common and the sacred have been forever united.  He rejoiced in the wedding of a couple in Galilee and added wine to the sacred festivities.

He rubbed shoulders with fishermen and tax collectors and other entrepreneurial types.  And he stared down death without flinching so that we can face our own death with hope. Because of this rock-solid foundation, we know that all work is holy work and all places are sacred places.

Life in the Gaps

Most of life is lived in the gaps between great moments. The peaks seem to protrude only after miles and miles of death valleys. While the Bible reveals its characters in terms of their high points, we, on the other hand, tend to evaluate our lives by the lousy week we just slogged through.

We read and assess the Bible intellectually, but we evaluate our own lives emotionally. Sometimes that disconnect seems huge. And often, discouraging. But gaps are normal. And expecting gaps is essential if we hope to maintain a life of faith as well as discern God’s hand in our lives.

Even Jesus’s life had gaps—huge ones. We need to accept the gaps between great moments as God’s will, but we also must learn how to live in these dull spaces. Because most of life is gaps, we never know which days will prove significant.

We have the obvious exceptions, of course, like births, graduations, weddings, and occasionally even deaths. But the list drops off after these few predictables. Only hindsight reveals the significant days of God’s sovereign design. God sees them in advance.

A Summary of Bunyan’s Pilgrim’s Progress

Pilgrim’s Progress smells of prison, for it was written in one. Thrown in jail for preaching the gospel without a license, Bunyan wrote a story in his cell. It is a story about life’s deepest questions, primarily, “What must I do to be saved?

The story begins with a burden. Christian wakes up with a heavy load on his back. He doesn’t know where it came from or what it means, and no matter how hard he tries, he cannot remove it. It is singed to his shoulders. To make matters worse, he reads in a book that his city is going to be destroyed with fire, and his family thinks he’s crazy. But one day while he is walking through a field, a man named Evangelist points him in the right direction. He tells Christian of a city, a Celestial city, he must travel to. Unable to tolerate his burden any longer, Christian embarks on a journey.

Along the way he meets many characters—Worldly Wise Man, Goodwill, Hopeful, Faithful, Great-Heart, He travels through many terrains—a slough of despond, a hill of difficulty, a valley of the shadow of death. Sometimes he stays on the path, other times he strays. Demons plague him, friends betray him. But suddenly he sees a cross.

It’s on a hill far away but not out of reach. As Christian kneels before it, the burden on his back rolls away. He is overjoyed! At last, he’s free! With a map in his hand and a skip in his step, Christian journeys home.

Pilgrim’s Progress paints a picture of pilgrimage. Every element of the journey is smeared on the canvas: temptation, faith, forgiveness, danger, trust, courage, risk, friends, enemies, battles and victories. It represents a Christians passage from death to life, from hate to love, from sin to grace. It teaches us about the burden of backsliding, the frustration of failing and the consequences of deviating from the straight and narrow path. In 1678, Pilgrim’s Progress escaped the Bedford prison and began its own pilgrimage, traveling through the centuries as a bestselling Christian narrative.

Your “Spiritual” Life or Just “Life”

Too often people think about their “spiritual lives” as just one more aspect of their existence, alongside and largely separate from their “financial lives” or their “vocational lives.”  Periodically they may try to “get their spiritual lives together” by praying more regularly or trying to master another spiritual discipline.  It is the religious equivalent of going on a diet or trying to stick to a budget.