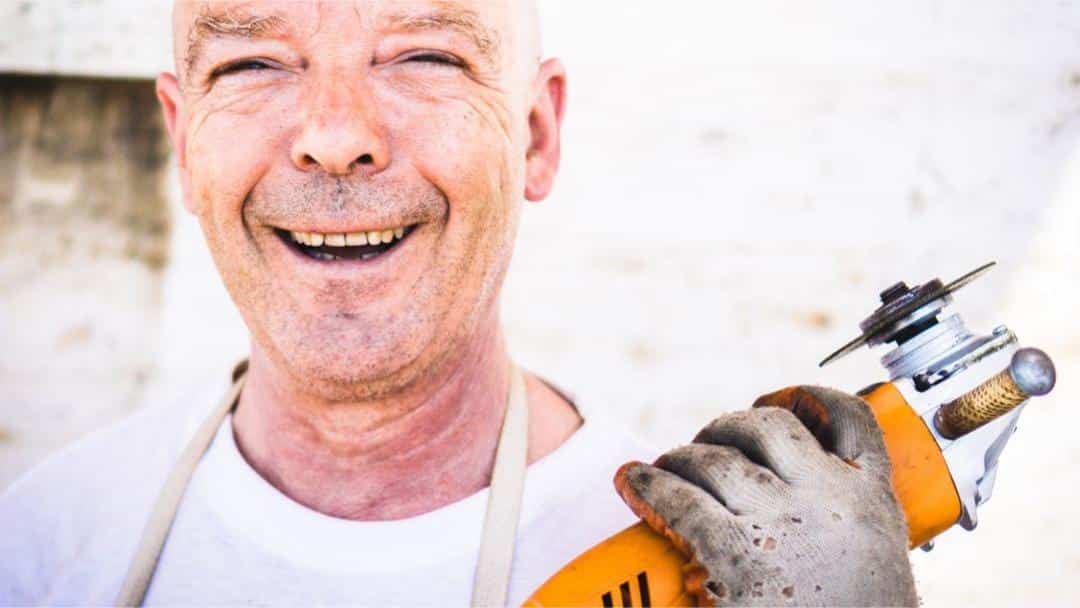 Considered perhaps the greatest guitarist alive, Christopher Parkening appeared to have it all. Signed to an international recording deal as a teenager, Parkening traveled across the world playing beautiful music. But by the age of 30, having achieved all the musical success he could ever imagine, Parkening felt empty. He was tired of touring and wanted to take a break from the rigors associated  . Parkening ultimately decided to move to Montana and took up fly-fishing as a hobby.

Soon Parkening was not only one of the greatest guitarists in the world, but also a world-class fly fisherman, with all the money and time he could ever want. And yet, despite all his success, his life was empty.

He wrote: “If you arrive at a point in your life where you have everything that you’ve ever wanted and thought would make you happy and it still doesn’t, then you start questioning things. It’s the pot of gold at the end of the rainbow.”

At this point, Parkening began to wonder if anything could fulfill the deep longings of his heart. Around this time, while visiting friends, Parkening attended church. During the service, Parkening was struck by 1 Corinthians 10:31: “Whatever you do, do it all for the glory of God.”

He explains, “I realized there were only two things I knew how to do: fly fish for trout and play the guitar. Well, I am playing the guitar today absolutely by the grace of God. . . . I have a joy, a peace, and a deep-down fulfillment in my life I never had before. My life has purpose. . . . I’ve learned first-hand the true secret of genuine happiness.” Now Parkening teaches classical guitar to students at Pepperdine University, but instead of doing it for himself, he now has the opportunity to do it all for the glory of God.

Holding on to the Awe

Awesome stuff never satisfies. Nothing in the entire physical, created world can give rest, peace, identity, meaning, purpose, or lasting contentment to your awe-craving heart. Looking to stuff to satisfy this internal desire is an act of personal spiritual futility. It just won’t work. You would have as much success as you would if you were trying to bail water out of a boat with a strainer.

The things of this world just weren’t designed to do what you’re asking them to do. Still, we all try every day, and when we do, we have a problem much bigger and deeper than a stuff problem. We have an awe problem.

Taken from Awe: Why it Matters to Everything We Think, Say, and Do by Paul David Tripp, © 2015, p.21. Used by permission of Crossway, a publishing ministry of Good News Publishers, Wheaton, IL 60187, www.crossway.org.

The Search for Satisfaction

In this excerpt, musician and author Ginny Owens shares a childhood exercise that only makes specific what all of us as human beings struggle with, the desire for wholeness:

I wish you could know my brother, John David (JD for short)…When we were kids, JD lived by the mantra “My life would be perfect if I just had this one thing.” It’s an idea most of us embrace, even as adults; JD just expressed it more boldly and more frequently than others. When he got his driver’s license, he inherited our mom’s old Ford Taurus. After installing a more powerful stereo, which made the speakers rattle constantly, even at a low volume, he put on huge rims and tires. It was the perfect car for a moment. But by Christmas, he was over it. The rattling speakers were annoying and shorted out often, and his gargantuan rims had gone out of style.

Soon JD was begging our parents to let him buy an old used black truck he’d found at a car dealership. When I went home for a monthlong break from college, it was all he could talk about. After several weeks of begging and wheeling and dealing, he finally got his new old truck. And for an instant, all was well. But the decrepit truck had little life left, and the love affair soon ended when the truck died for good. JD had to return to driving the Taurus with the big tires and rattly speakers, longing for a better set of wheels.

Like my brother, I tend to obsess over getting the things I’m sure will make life everything it should be…What would bring you satisfaction? For all of us, there is something—one thing at any given moment—that we think will make us happy. Maybe a glance in the mirror on a bad hair day and a new skin flaw motivate you to switch to fancy hair-care products and pricey anti-aging cream. Perhaps a look at your bank account makes you long for a better-paying job. Or after a day of chasing or carting around your kids, you fantasize about a month alone on a beach.

For most of us, the things we’d like to change go much deeper: A lonely marriage. A job that requires navigating difficult relationships. An unexpected and unwelcome diagnosis. A challenge that accompanies us everywhere. Whether the thing we’d like to change is a slight nuisance or a dead weight, we spend our days looking for hope. Most of us have in our minds one thing we think would make everything better—one thing that would satisfy us.

A World That Cannot Satisfy

Gregg Easterbrook wrote about this in a 2003 book called The Progress Paradox. Easterbrook’s subtitle was How Life Gets Better While People Feel Worse. He describes how affluent we have become—​​​better food, better healthcare, better education, better communication, better climate control, better entertainment, better transportation—​​​all of that.

Yet, when sociologists do their surveys, and people in America indicate where they fall on the satisfaction scale, they are only “slightly satisfied.” Easterbrook has many explanations for this paradox—​​​a condition some have termed affluenza—​​​but the fundamental problem is that this fallen world cannot satisfy anyone. What we really need, and what we are really looking for, whether we know it or not, is a relationship with the living God. David expressed it well when he said, My soul thirsts for you; my flesh faints for you, as in a dry and weary land where there is no water. (Ps. 63:1)