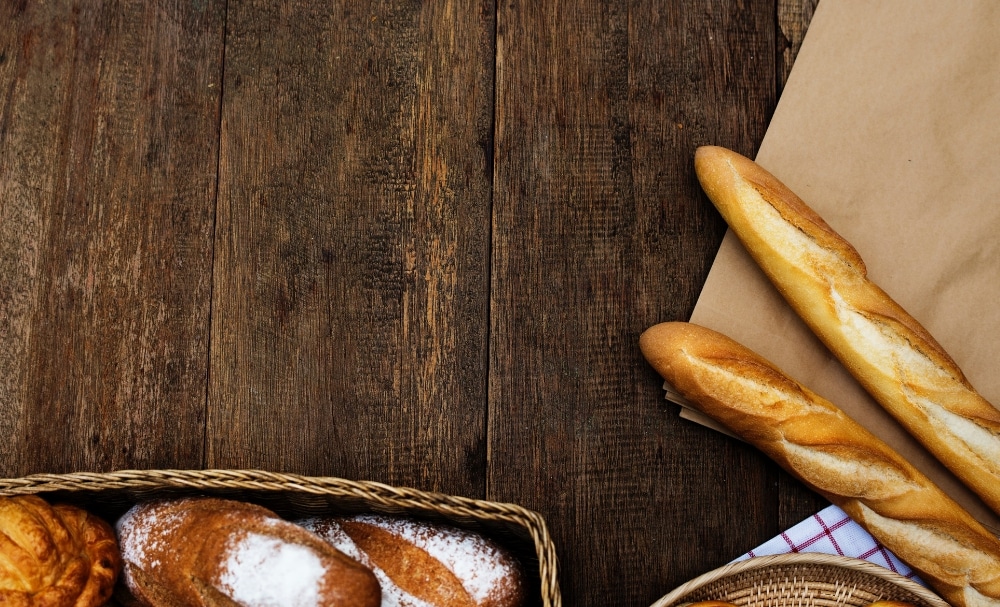 The smell of freshly baked bread is enough to make people want to sit down, get comfortable, and enjoy several slices. The visible, aromatic, and tactile presence of a warm loaf invites sharing and companionship (a “companion” – from the Latin com : “with” + panis : “bread” – is “one who shares bread”). In addition to providing nourishment, bread communicates home, hospitality, and fellowship, the sharing of our life together. Received at the Eucharistic table as the body of Christ , it is our nurture into God’s communal life.

The Gift of Bread?

Bread has long been central to the heart and life of Near Eastern and Western cultures. For generations people have associated bread with food, and the availability of bread with good times and food security. In fact, the stories of successful and declining cultures are not complete without an account of the fate of their grain fields. The absence of bread, even the fear of a bread shortage, was often enough to cause riots or bring armies to a starving halt.

After all, who can think of the French peasants storming the Bastille and not also recall their cries for bread, or forget Napoleon’s retreating armies afflicted with madness and savagery due to the lack of bread? In the minds of many throughout time, without bread there simply is no life.

A Loaf of Bread

A loaf of bread is the bearer of at least four major narratives or histories; (1) a narrative of natural processes that yield diverse plant growth, yeast spores, salt, sugar, and water; (2) an agricultural narrative about the human domestication of plants, considerable experimentation with grains and heat, and the development of grain economies;

(3) a moral/philosophical narrative about the transformation of humanity itself as people grow into the idea that they can control their habitats and relationships with each other in new and potentially hospitable ways; and (4) a theological narrative focused on Jesus as the “bread of life.”

This means that to consider fully what a loaf is requires us to move far beyond a particular slice to include the material, biological, social, and divine sources that feed into every bite. A “simple” food with this much ecological and cultural depth will, of necessity, presuppose many subplots that add significance to the overall meaning of bread.

The Varied Tastes of Manna

The rabbis say that manna tasted like whatever the Israelites wanted it to taste like. If you were craving chocolate that day, your manna tasted like pain au chocolat; if your palate was set for savory, the manna tasted like broccoli quiche or mushroom crepes. (There were a few exceptions: as Rashi, the eleventh-century interpreter of scripture, noted, manna could not taste like leeks, onions, cucumbers, watermelons, or garlic, because those five foods might hurt nursing mothers.)

It was not until I was about twenty-five that I realized this teaching about manna’s infinite toothsomeness was midrash, that it was not actually stated in the Book of Exodus. I now think it lurks underneath Jesus’s identification with manna: Jesus does not just taste like honeyed wafers. Jesus tastes like morning glory muffins or chocolate tea bread—whatever you desire.

I once asked a circle of people from church, if Jesus is the “bread of life,” what kind of bread is He? Not a one of them said, “He’s that small round wafer we use at Communion.” I wrote down their answers. I think they make a good prayer:

This gorgeous list expands our attention from the usual thought “if God is bread, then God meets my needs”  to the category of delectation. If God is chocolate tea bread, God is not only panary provision—God is also about delight. It is one of the beauties of this metaphor that bread, like the One who made the hands that made the bread, contains both: enjoyment and necessity, sustenance and pleasure.