Sermon Illustrations on being Alone 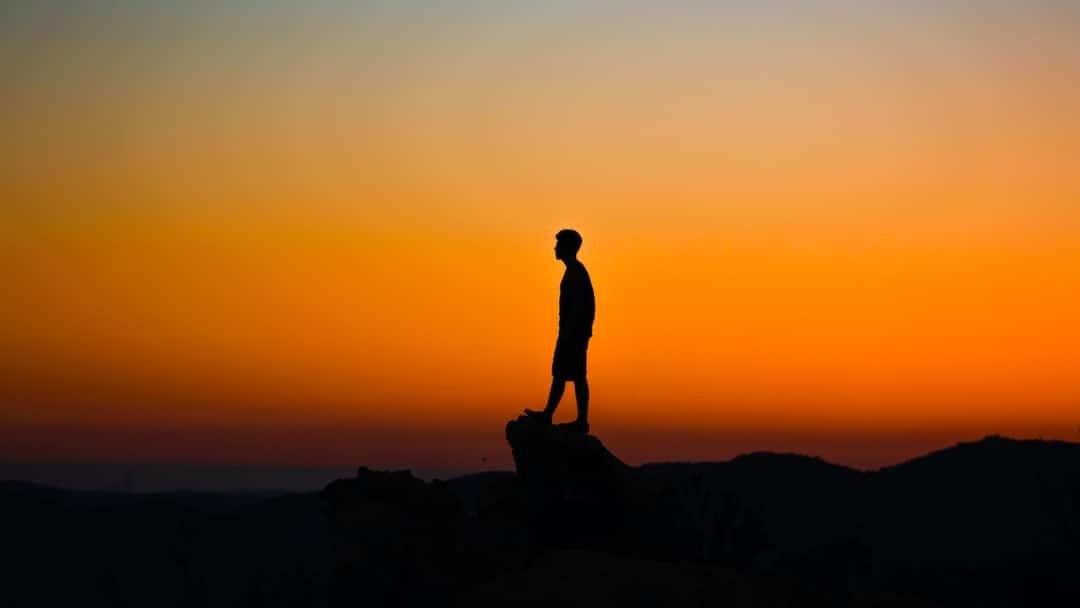 In this excerpt from Jay Y. Kim’s book, Analog Church, the author shares about an experience at a local restaurant after being convicted of his own smart phone use at home, keeping him from being present with his family:

… I was having lunch alone. The restaurant was near a local high school which has an open campus policy, so shortly after I sat down to eat, several students began to file in together for a quick bite before heading back to class. Once again, I’d been on my phone—this time actually checking email. But when I saw the students walk in, I decided to people watch for a while, paying special attention to how they would interact while sharing a meal. What I saw saddened me but did not surprise me.

In total, fourteen students ate at that restaurant during the lunch hour, all of them sitting in friend groups, not a single one of them alone. And in total, thirteen of them had a phone in their hands for the vast majority of the time, occasionally looking up to chat with one another, but for the most part, losing themselves to their digital content, all while sitting so tantalizingly close to other actual human beings.

They were, in the words of Sherry Turkle’s aptly titled book, “alone together.” Entranced by the endless sea of digital possibilities, these kids were missing out on the very unique gift of analog presence surrounding them. While they were busy communicating with the digital world (many of them sending texts and Snapchat messages), they were squandering the opportunity to commune with the real people in their midst. This is what community often looks like in the digital age. Lonely individuals falling prey, over and over again, to the great masquerade of digital technology—the ability to lull us into a state of isolation via the illusion of digital connection.

Is There Anybody Out There?

One of the universal experiences of life is questioning whether God really exists or if we are ultimately, alone in the universe. The great British theologian (this isn’t meant to be taken seriously) Roger Waters, of the rock band Pink Floyd, asks the question in the strangely named song “Comfortably Numb”:

Is there anybody [out] there?

Just nod if you can hear me.

Editor’s Note: This story is often told as a true story, when in fact it is probably fictitious. Nevertheless, there is a significant illustrative point: sometimes the things we fear most may in fact be the most likely to save us.

One night a woman was driving home on the interstate when she noticed some strange behavior behind her. It seemed as though a semi-truck was following her. Every time she changed lanes, the truck-driver followed after her. She tried to speed up to lose him, but the man in the truck just kept up and followed after her.

Hoping this was all in her imagination, she began nervously checking her rear-view mirror. Each time he was there, determined it seemed to follow her wherever she went.

The lady began to panic, but having left her phone at work, she was unable to call the police. Eventually she decided to pull off the highway to try and find shelter at a well-lit gas station. Again, the truck seemed to be stalking her as she began hunting for a place to stop and get help.

Eventually she found a station, parked, got out of the car and began screaming for dear life. Just then she noticed the man getting out of the truck and charging full-steam towards her.

She prepared for the worst.

But just before he reached her, he darted for the back door of her car. The man flung open the door and pulled a man out of the back seat. It turned out, the man had snuck into her car earlier in the day with malicious intentions. The truck driver had somehow spotted the man as he casually glanced in front of him on his evening route.

One of the early hits of the internet had to be eBay. Suddenly getting rid of your old junk, or otherwise unnecessary “stuff,” could be sold, not just to your neighbors in a yard sale, but to anyone with an internet connection and an eBay account. And because human beings are, well, human (aka odd), there is a never-ending supply of strange things that have been auctioned off on the site. For instance, a haunted rubber duck, which the seller purported to have the ability to possess children.

Who wouldn’t want a haunted rubber ducky? Well, apparently enough people to drive the price to 107,000! What about a grilled cheese sandwich? Not interested? Well what if said sandwich came with the face of Mary, yes that Mary, the mother of Jesus? That sandwich sold for $28,000. If you are starting to think some people have too much money (and time) on their hands, you are not alone. One of the strangest items to go up for bid, however, ended up breaking the eBay terms of service.

One 10-year old girl from England tried selling her grandmother. I’m not exactly sure why she was ready to cart off her poor grandmother, but maybe she was desperate for something–a doll perhaps?

Perhaps the strangest item to be put up for sale was a man’s own life. This is what the ad said:

My name is Ian Usher and I’ve had enough of my life. I don’t want it anymore. You can have it if you like. Whatever it is, it’s all going up for sale in one big auction, everything I have and everything I am. On the day that it’s sold and settled, I intend to walk out the front door with my wallet in one pocket and my passport in the other, nothing else. And then get on the train with no idea where I am going or what the future holds for me.”

Ultimately, Ian sold for $305,000 and with that money, the man moved to Australia. It turns out his wife had left him after six years of marriage and he was so dejected, so rejected that felt his life no longer had any purpose.

Ian clearly needed a reset, but was selling his life the solution to his problem?