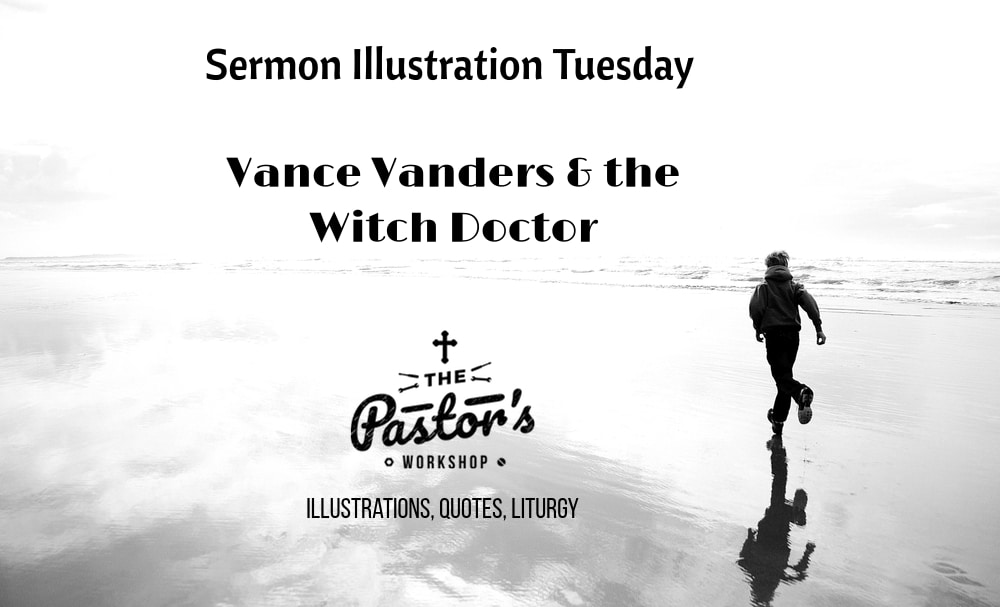 Late one night in a small Alabama cemetery, Vance Vanders had a run-in with the local witch doctor, who wafted a bottle of unpleasant-smelling liquid in front of his face, and told him he was about to die and that no one could save him. Back home, Vanders took to his bed and began to deteriorate. Some weeks later, emaciated and near death, he was admitted to the local hospital, where doctors were unable to find a cause for his symptoms or slow his decline. Only then did his wife tell one of the doctors, Drayton Doherty, of the hex. Doherty thought long and hard. The next morning, he called Vanders’s family to his bedside. He told them that the previous night he had lured the witch doctor back to the cemetery, where he had choked him against a tree until he explained how the curse worked.

The medicine man had, he said, rubbed lizard eggs into Vanders’s stomach, which had hatched inside his body. One reptile remained, which was eating Vanders from the inside out. Doherty then summoned a nurse who had, by prior arrangement, filled a large syringe with a powerful emetic [a substance which induces vomiting]. With great ceremony, he inspected the instrument and injected its contents into Vanders’s arm. A few minutes later, Vanders began to gag and vomit uncontrollably. In the midst of it all, unnoticed by everyone in the room, Doherty produced his pièce de résistance—a green lizard he had stashed in his black bag. “Look what has come out of you Vance,” he cried. “The voodoo curse is lifted.” Vanders did a double take, lurched backwards to the head of the bed, then drifted into a deep sleep. When he woke the next day he was alert and ravenous. He quickly regained his strength and was discharged a week later…

In the 1970s, Sam Shoeman was diagnosed with liver cancer and told he had only months to live. A few months after his death, the autopsy revealed the doctors were wrong. He had only one small tumor still contained within the liver—not a life-threatening stage of cancer. Sam Shoeman did not die from liver cancer; he died from believing he was dying of liver cancer. Our beliefs change us mentally, physically and spiritually.