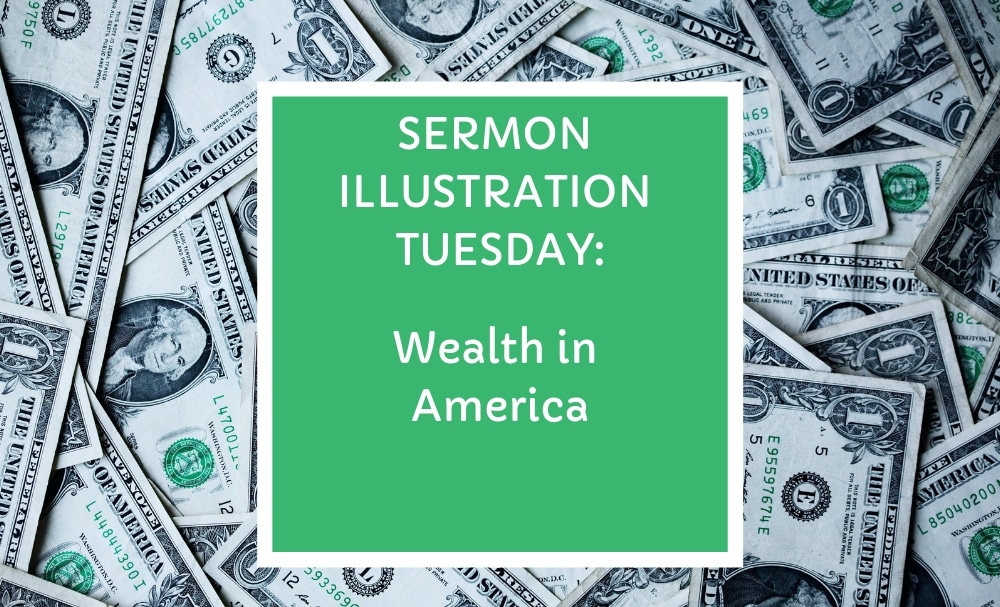 This Week’s Sermon Illustration Tuesday provides some interesting data on wealth in America, compiled by the author Daniel Pink. Enjoy!

Signs of Wealth in America

During much of the twentieth century, the aspiration of most middle-class Americans was to own a home and a car. Now more than two out of three Americans own the homes in which they live. (In fact, some 13 percent of homes purchased today are second homes. As for autos, today the United States has more cars than licensed drivers—which means that, on average, everybody who can drive has a car of his own.

Self-storage—a business devoted to providing people a place to house their extra stuff—has become a $17 billion annual industry in the United States, larger than the motion picture business. What’s more, the industry is growing at an even faster rate in other countries. When we can’t store our many things, we just throw them away. As business writer Polly LaBarre notes, “The United States spends more on trash bags than ninety other countries spend on everything. In other words, the receptacles of our waste cost more than all of the goods consumed by nearly half of the world’s nations.