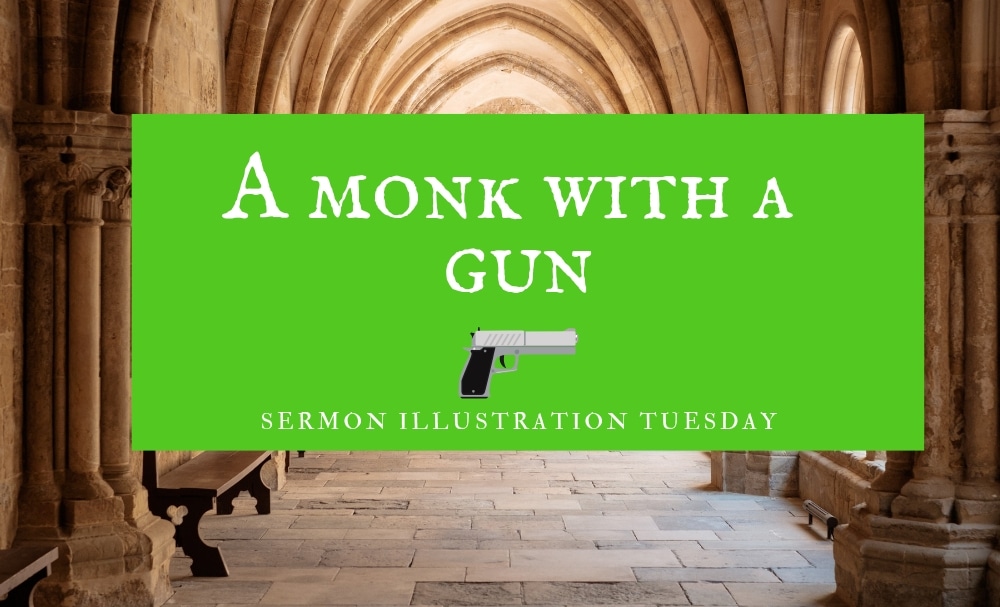 I saw a monk working alone in the vegetable garden. I squatted down beside him and said, “Brother, what is your dream?” He just looked straight at me. What a beautiful face he had.

“I would like to become a monk,” he answered.

“I’ve been here for 25 years, but I still carry a gun.” He drew a revolver from the holster under his robe. It looked so strange, a monk carrying a gun.

“And they won’t—are you saying they won’t let you become a monk until you give up your gun?”

“I guess I’ve had it so long. I’ve been hurt a lot, and I’ve hurt a lot of others. I don’t think I would be comfortable without this gun.”

“But you seem pretty uncomfortable with it.”

“Yes, pretty uncomfortable, but I have my dream.”

“Why don’t you give me the gun?” I whispered. I was beginning to tremble.

He did, he gave it to me. His tears ran down to the ground and then he embraced me.

Ruth Haley Barton, Strengthening the Soul of Your Leadership: Seeking God in the Crucible of Ministry, IVP Press