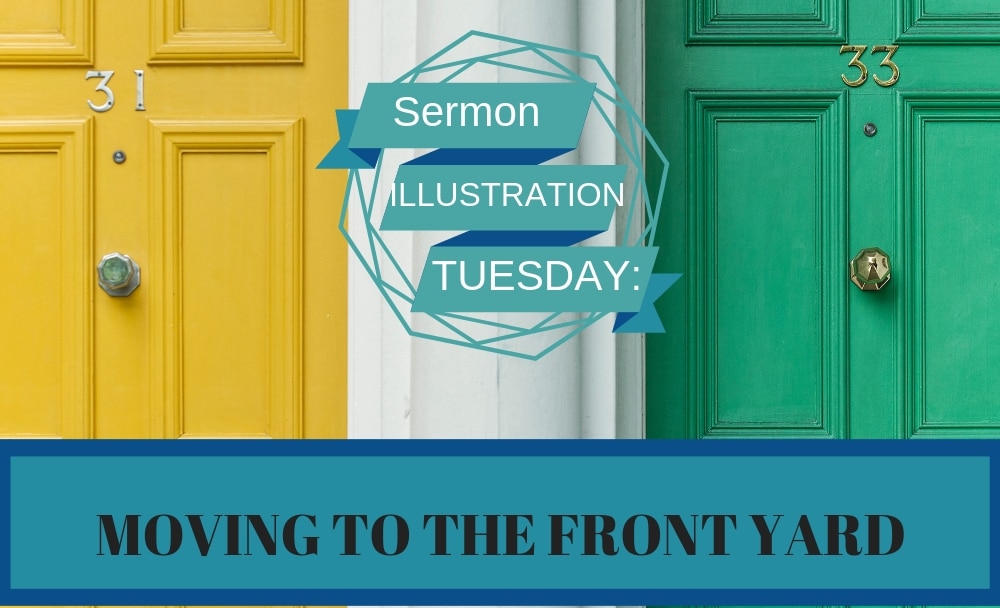 Tom and Angela had lived in their neighborhood for about twelve years without really getting to know many people. They lived in a cul-de-sac of eleven houses and had limited communication and interaction with the people around them. They admitted that this felt strange because they really had a desire to know their neighbors better, but nobody was making the first move…A number of years went by until finally Tom and Angela decided to do something.

One of the biggest factors that had been preventing them from engaging their neighbors was timidity. ..They began by taking one simple step. They switched yards. Their kids had always played in the backyard, and that setting was the social hub of the family. So Tom and Angela simply switched to the front yard. They put up a swing in a front-yard tree and added some lawn chairs; that was about it. Nothing happened at first. Then over the next few weeks, children and even dogs began to migrate into their front yard.

Eventually adults followed. Soon both kids and adults were spending more time in their front yard than they could ever have imagined. And all they had done to attract this traffic was hang out where they could be seen. Then Tom and Angela decided to go a step further by organizing a series of block parties.

Surprisingly, the first one they held went over quite well. All the neighbors really needed was someone to step forward and break the ice. Other parties followed…The results were powerful. Barriers were broken down, and people started getting to know each other. Soon they were inviting one another into their homes. Neighbors began to assist neighbors in various ways…