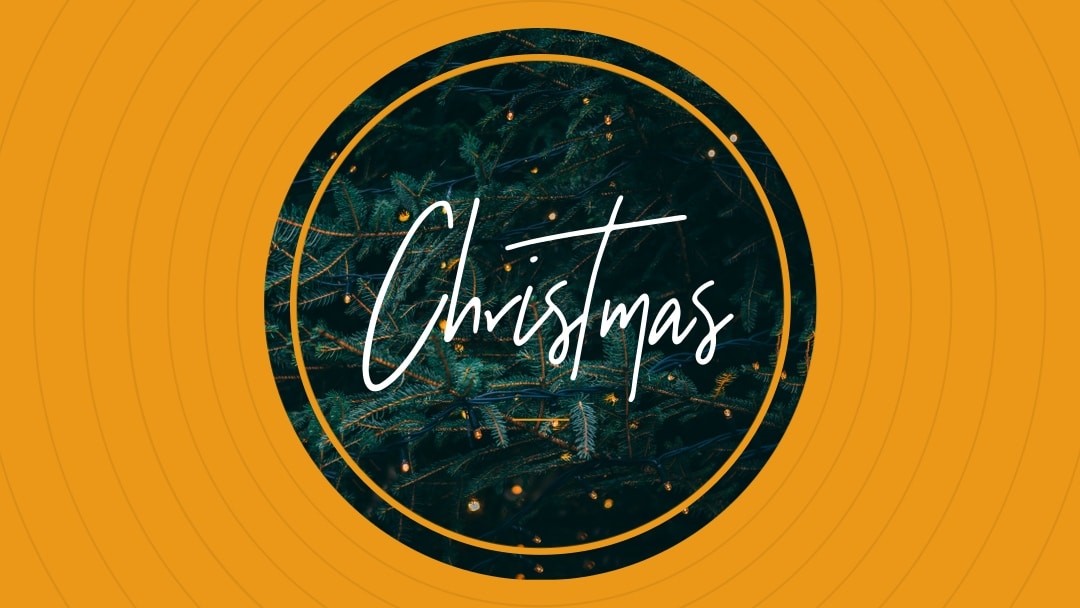 One of the things I’ve (Stu) noticed when talking about spiritual growth with Christians of all backgrounds, is a consistent desire to “do better,” to “keep fighting the good fight” against sin and temptation. And while of course, we are supposed to fight sin and temptation, or better yet, “flee” them, there is a sense that growth happens when we choose to make the right decisions. But this text, among others, speaks of a different kind of transformation.

It is not a transformation that occurs when we “do better” or “try harder,” but a transformation that occurs when we are able to lay hold of the “spiritual blessings” (vs.3) that God has already given us. These blessings are first and foremost the “free gift” (Eph.2) of our salvation by means of grace. They are also trinitarian in nature (notice how Paul weaves Father, Son, and Holy Spirit throughout, with the Spirit being described as a “seal” of God’s work in us (vs.13)) and relate to how God himself, in the Trinity, invites us to live “in Him”. As Harold W. Hoehner notes in the Bible Knowledge Commentary, “Paul used “in Christ Jesus,” “in Christ,” or “in Him” quite frequently. In Ephesians 1:1-14 the phrase occurs nine times! Christians have their very life in Christ.”

Thus, it is when we live in Christ, that the transformative power of God and his blessings are manifested within us. Thus, it may be more helpful to spend time inviting Christ, though the Holy Spirit, into our lives and our hearts, rather than focusing so much on our sin and failure. For, as Paul argues, God gives us all that we need to live as saints,  (agios=separate ones (vs.3)) those who have been “chosen” by God, not as the firstborn (that would be the Jews), but rather as adopted children, given all the spiritual blessings to live according to God’s will as holy and blameless.

Why are we given these blessings? Verse 12 tells us “in order that we, who were the first to put our hope in Christ, might be for the praise of his glory.” When we accept the call to follow Christ, to be holy and blameless, we glorify the God of the universe. This is a significant statement. That when we live, as Paul states later in Ephesians, according to the call we have been given, we actually bring Glory to God. Such a statement calls to mind the Westminster Confession of Faith…”what is the great end of (Hu)mankind? To glorify God and enjoy Him forever. For this reason, Paul states, God “predestined us for adoption to sonship.” (vs.5)  Wherever you fall on the doctrine of election, a plain reading of the text indicates some form of chosenness by God, “before the foundation of the world (vs.4). But this calling is not like entrance to an exclusive country club, but an invitation to cruciform living. But how can we such a life? Not by relying on our own strength, but by every “spiritual blessing” God in Christ has already given us.

Jerry Bridges, The Discipline of Grace: God’s Role and Our Role in the Pursuit of Holiness, NavPress, 2006.

In The Good and Beautiful God, James Bryan Smith (the self-proclaimed “Forest Gump of Spiritual Formation) describes a new Christian he happened to know who came to him one day feeling dejected. He was so excited to be a follower of Jesus, but he just couldn’t shake an addiction that had developed prior to his becoming a Christian.

Carey, you see, struggled with pornography. He was in sales and so part of his job was traveling from city to city, staying in hotel rooms. The temptation was always there. When Carey became a Christian, he thought this temptation would go away but it didn’t. When they met, “Carey’s face suddenly looked sad. I really need your help,” he said. “I will if I can” Smith replied. “Well, I’m really conflicted in my walk with God right now, it seems the harder I try the worse things get. My family is fine, and my work is going well, but in my relationship with God, I’m at the end of my rope. ‘Usually a good place to be, I said, but he gave only a puzzled glance.”

After a bit more talking, Smith interrupted, “who are you?” He asked. “Well, I’m a Christian.” “What does that mean? I asked”

“Well it means that I believe in Jesus and am trying to follow his commands. I go to church, study the Bible and have devotional times when I can find an hour here or there. I try not to sin, you know; I try to be a good person, but I know that deep down I’m still just a sinner.” “I have no doubt that you’re trying, Carey,” I said. “And I also sense that you’ve been trying quite a while, with all of your effort, but it isn’t helping.” “Exactly” he said.”

“So let me see if I have this right. You’re a Christian, but you’re also a sinner. Is that right? Yes. So if you’re a sinner, then what behavior would be normative for you? I asked “Well, I guess sinning. But that doesn’t seem right. “And it certainly doesn’t feel right, either, I suspect. The reason, Carey, that it doesn’t seem right or feel right is because it isn’t right. Your approach is consistently failing , right?” Right, he concurred.

Maybe there’s another way…and that other way is what I want to talk with you all about this morning. The focus, ultimately, is about the stories we tell ourselves about our identity. Are we, first and foremost sinners, or, as our scripture text told us, “new creations, where the old has gone and the new has come?” In order to get there, we need to continue to put to death the language of “I’m just a rotten sinner” and replace it with “I am a new creation”.

I think a part of the issue here is that we are so aware of our sinfulness, and if we’re not, it’s probably because we are a sociopath, that it feels better to refer to ourselves as just a “lousy sinner,” or even a “forgiven sinner”.

This way, we feel as though we are being honest about our shortcomings. But the problem is that when we use that language all the time, inside our heads, it is a self-fulfilling prophecy, and so we find ourselves like Carey, stuck in our sins.

As Smith has accurately put it: “the teaching that we are fundamentally sinners leads to failure.” And this is hard for us because many of us come out of traditions where pastors spend their entire sermon yelling at the church to get their acts together, that they sinners and that God is angry at them. The preacher who yells at his church may have a lot of remorseful Christians feeling guilty at the end of the service, but they don’t have any tools to change, so ultimately they will go back to the same struggles they started with.

Now don’t get me wrong, sin is a problem…in fact, it is most of the problem when it comes to our lives. There are churches that will gloss right over sin as though it doesn’t exist, and that is a problem too.

But when we start with our sin nature, when we focus on it incessantly, then it can become very difficult to avoid doing it. It’s kind of like if I tell you not to think of an apple. What’s the first thing you are going to do: think of an apple because I just put it in your mind.

So, we need to shift our perceptions. We need to shift our stories, and our scripture text gives us a good idea of how to do that. After spending a couple of months meeting with James Bryan Smith, his narratives, his story began to change. Instead of seeing himself primarily as a sinner, he saw himself as a child of God. A couple years later James ran into Carey and it was clear his life had been transformed. He told James “The day I got it was when I was preparing for a trip out of town. I used to get nervous, and I would pray, “Lord, I don’t want to fail you again. But this time I had no anxiety.

“When I got to the hotel room, I walked to the television, closed the doors of the console and smiled. I whispered to myself, “I know who I am. I am a child of God. I house the fullness of God. I was never tempted to turn the TV on, I’m not prideful, I know that sin remains, as you taught me. But it doesn’t reign anymore. I used my free time to read and rest. I knew I could sin, and I knew God would still love me. But I didn’t want to sin. That when I knew it had finally taken root in me. I never knew it could be this easy.

Brothers and Sisters, you too house the fullness of God. You are not defined by your sins but by your existence In Christ. Our job is to change the stories in our heads to match that reality.

Leader: Sing with joy for Jacob; shout for the foremost of the nations.

People: Make your praises heard, and say, ‘Lord, save your people, the remnant of Israel.’

Leader: See, I will bring them from the land of the north and gather them from the ends of the earth. Among them will be the blind and the lame, expectant mothers and women in labor; a great throng will return.

People: They will come with weeping; they will pray as I bring them back.

I will lead them beside streams of water on a level path where they will not stumble,

Leader:  “Hear the word of the Lord, you nations; proclaim it in distant coastlands:

‘He who scattered Israel will gather them and will watch over his flock like a shepherd.’

People: For the Lord will deliver Jacob and redeem them from the hand of those stronger than they.

Leader: They will come and shout for joy on the heights of Zion; they will rejoice in the bounty of the Lord.They will be like a well-watered garden, and they will sorrow no more.

People: Then young women will dance and be glad, young men and old as well.

I will turn their mourning into gladness; I will give them comfort and joy instead of sorrow.

Lord, we believe your Word when you say that we have been blessed with every spiritual blessing. You have given us all that we need to live faithfully as your chosen people. But just as often as we turn to you to fill us up, we turn to other places for blessing. We turn to our power or our money or perhaps even our families, instead of resting and relying on You. When we do turn to you, we often try to force our spiritual growth, when all that is needed is to meditate on your great love for us. That is where transformation happens. Help us to turn to you, to lean into you, first and foremost, for our spiritual needs and desires. And may we see your face and your love for us when we do.

The good news in Christ is that when we face ourselves and God with the awareness of our need, we are given grace to grow, and courage to continue the journey.