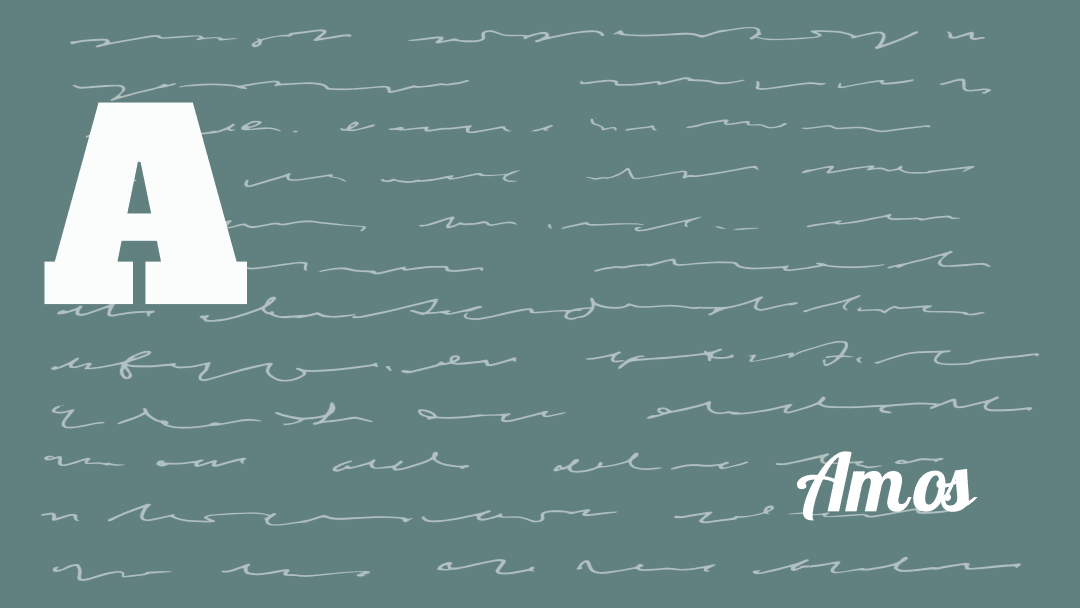 Most pastors don’t care for confrontation. Maybe, that could be said for most people. There are the rare few of us who thrive on the tension and drama that comes with a direct standoff, folks made for the Wild West, for showdowns at high noon. While there may be the occasional glutton for a face off, I know few people who appreciate those who antagonize and condemn their very way of life, of devotion and practice.

Like scolding parents, we all have parishioners within our communities who are quick to give us an earful, to lecture us on the way in which we are failing without giving us much affirmation or at the least, a lesson on how we might turn things around and succeed. I imagine the majority of us lovingly tolerate these individuals as the unhappy uncle and aunt of our ecclesiastical family, but how kindly would we take to a complete stranger, a visitor with no history of our community, showing up to our gathering and lashing out against our very existence, our way of being a people of faith?

Probably not so well.

This is the situation we have in Amos chapter 7. Amos, a sheepherder and sycamore fig dresser (guy who helped along the growth of the fruit) from Tekoa, a community south of Bethlehem in the Southern Kingdom of Judah, leaves his day job and travels over the border into the Northern Kingdom of Israel. He shows up unannounced and uninvited to Bethel, the seat of the Kingdom’s religious worship. He isn’t a very good guest. Instead of words of affirmation and praise, he has only condemnation for the king, country, and priest which this religious center supports.

Amos is a usurper, an outsider, a troublemaker, a foreigner, and unqualified to say anything against Bethel, Israel, and its king and priest, except for the fact that it is not he who speaks, but God who speaks through him. He did not choose to come to Bethel, but God “took” him from following the flock and told him, “Go, prophesy to my people Israel” (7:15).

The first six chapters of Amos are oracles against the nations that surround the kingdoms of Judah and Israel. They set up a false sense of smug self-righteousness for God’s chosen. One can see the holy band of Abraham cheering the humble seer on, “Yeah, punish Damascus, burn them all down…devour the strongholds of Gaza, Tyre, Edom, and Moab, those sick and sorry nations.”

Harsh and unexpected words. The two kids in the family who thought they were beyond reproach and relished with snickers and snorts the lashing of their bad brothers and sisters, get their ears pulled by Father God.

Chapters 7-9 form a set of five visions given Amos by God of what will be, and it isn’t pretty, until the hopeful ring of restoration at the close of chapter 9. The passage that our lectionary includes today is a clear and resounding condemnation of the Northern Kingdom of Israel and its way of faith.

At face value, Amaziah the priest of Bethel and his cultic center put on a good show of religiosity. They celebrate feasts, solemn assemblies, offer burnt offerings and grain offerings, peace offerings, and songs of praise. A model “1st Church of Bethel,” but the one thing they lack is a moral and ethical center. They are great on the religious show, but God desires transformation of heart and life, “ But let justice roll down like waters and righteousness like an ever-flowing stream,” (5:24). It is a church that preaches a good sermon, has a killer praise band, and A-list choir, but hangs their righteous and needy out to dry. Because of that, they will be exiled.

The vision that Amos receives from the Lord in 7:7-17 is his third. It is of a plumb-line, a construction device used to measure the vertical uprightness of a wall. Israel’s is a tilted and fractured wall that God will no longer pass by, that is, he can no longer let its dilapidation, decay, and dysfunctionality slide. He will desolate their high places, lay waste to their sanctuaries, and rise up against the house of Jeroboam their king.

Perhaps the harshest, but clearest microcosm of condemnation is weighed against Amaziah, the purveyor of their religious shrines, “Your wife shall be a prostitute in the city, and your sons and your daughters shall fall by the sword, and your land shall be divided up with a measuring line; you yourself shall die in an unclean land and Israel shall surely go into exile away from its land” (7:17).

Those words for us moderns (especially preachers) are difficult to hear and to repeat, but their shock value is indicative of how God despises the hollowness of beautifully executed religious shows without justice. James puts it well when he says, “Religion that is pure and undefiled before God, the Father, is this: to visit orphans and widows in their affliction, and to keep oneself unstained from the world” (James 1:27).

Quoting Carl G. Howie, Hassell Bullock in his Introduction to the Old Testament Prophetic Books says this, “‘Worship must be identification with the character and purpose of him whom we worship. God demands justice because he is just’” (Bullock, p.97). Bullock continues that thought, “If God had to choose one over the other, Amos reminds us that He would unhesitatingly choose justice over liturgy, for the purpose of liturgy is to teach us who God is and what He requires. The essence of prophetic religion was ethical. The cult was auxiliary to that” (Ibid).

Amos 7 is hard to preach outside of its own historical context and its measure of condemnation and restoration. It is also difficult to preach without putting it in the larger context of God’s redemptive and restorative plan through Jesus. With Christ we have been freed from condemnation by grace through faith, no longer to fear exile and destruction as Northern Israel did in the 8th century milieu in which Amos prophesied. However, Amos 7 provides a mirror for the church to hold up to itself. Does our worship, our religious ritual, our liturgy, return as empty and hollow or does it produce floods of justice and righteousness in the day-to-day life of our people that represents the true religion that God the Father desires? The preacher would do well to help the community examine themselves in light of this prophetic word. The preacher would do well to examine himself or herself in light of this prophetic word!

The sin of injustice is defined in the Bible as the abuse of power—abusing power by taking from others the good things that God intended for them, namely, their life, liberty, dignity, or the fruits of their love or their labor.

Biblical Righteousness Goes Beyond the Private

For biblical righteousness is more than a private and personal affair; it includes social righteousness as well. And social righteousness, as we learn from the law and the prophets, is concerned with seeking man’s liberation from oppression, together with the promotion of civil rights, justice in the law courts, integrity in business dealings and honour in home and family affairs. Thus Christians are committed to hunger for righteousness in the whole human community as something pleasing to a righteous God.