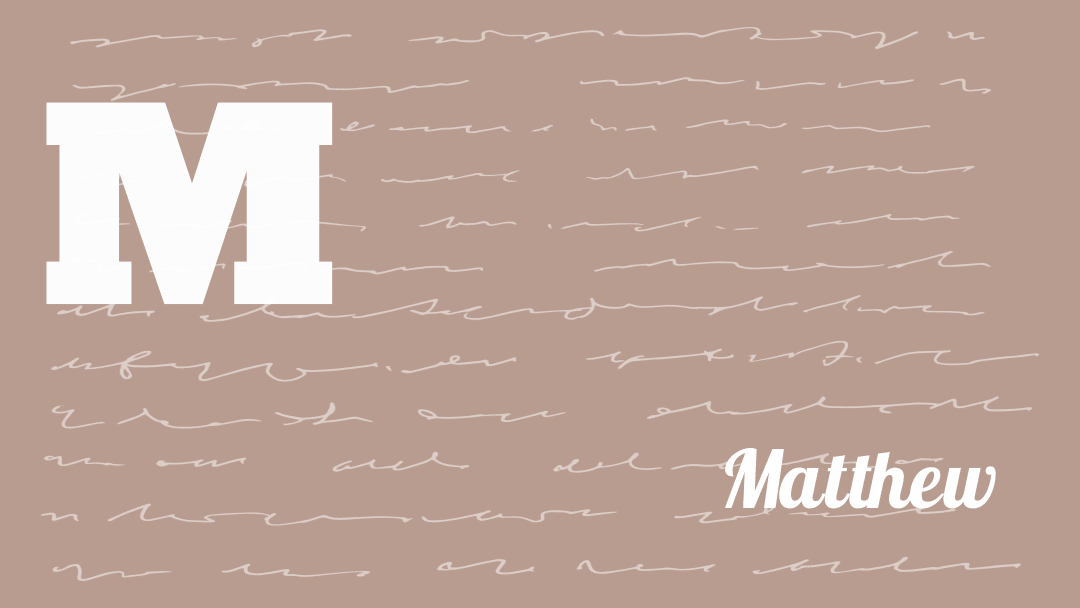 It had been a dry period for “Team Israel,” 400 plus seasons without a shout out from God. Since the prophet Malachi and his clarion call for the religious leaders to appropriately align their behavior with their vocation to John the Baptist and his strikingly similar message to the religious elite of 1st Century Roman occupied Judea, apparently little had changed.

Champion teams are made by leaders with character, integrity, value, heart, and sweat, who rally their bench. The leaders of the people whom Malachi and John bookend seem absent such qualities. They possess no pennants, trophies, and victories of any moral and spiritual sort.

John’s ministry in the wilderness is a throwback to the great days of the prophets. His arrival on the scene in the Jordan River valley and its surrounding wilderness, wearing a garment of camel’s hair and existing on a diet of locusts and wild honey, would have brought the prophet Elijah to the nation’s mind (see 2 Kings 1:8). If they were astute, which we can certainly bet they were, they were ruminating on Malachi’s prediction that God would send his messenger to prepare the way for his own arrival (Malachi 3). In fact, Elijah was assumed to be the harbinger of God’s messianic kingdom. For Jerusalem, Judea, and the communities around the Jordan, this John possessed an uncanny resemblance to the Elijah-Like-Pre-Messianic-Messenger that they had heard read and preached from the synagogue bemas.

John was a rock star: wild, raw, provocative, and charismatic. So, the people got in their caravans to head to the Jordan River and see this prophet in action. It was like a first-century Woodstock, but this guy wasn’t peddling musical delight, psychedelic escape, or a libertine life. He was offering something with less instant gratification, an old-fashioned prophetic beat down of the people for their waywardness.

And, the people loved it, or at least most of them!

Why Would They Love It?

The people of Israel were withering under the thumb of Roman occupation. The priesthood was elite, corrupt, and in Rome’s pocket. The socio-political-economic circumstances for the common person weren’t stellar. The nation was exiled in their own land.

John’s baptism was monumental. Like Joshua and the people crossing the Jordan in their conquest of the promised land, it represented freedom from aimless wandering and reception of God’s promise. John’s baptism was personally transformative. Like Josiah’s discovery of the Book of the Law in 2 Kings 22 and his subsequent repentance, it was a rekindling of the holiness that God desired of his people both individually and corporately.

Rather than seeing John’s call to confession, repentance, and baptism as a debbie downer, the folks on the street saw it as a sign of hope, that God was up to something splendid. Particularly compelling are John’s words in verse 3 from Isaiah 40, “Prepare the way of the Lord, make straight his paths,” which like the Messenger of Malachi, would infuse the people with hope that the Servant of the Lord was on his way.

Wait a Second, There Were Haters, Right?

Naturally, not everyone felt warm and fuzzy. In verse 7, Matthew writes of the Pharisees and Saducces who come out to see the baptism. He doesn’t actually say that they come out to be baptized by John. They are more likely curious observers of a religious phenomenon, skeptics of this back-to-the-prophets movement.

One would think that a little hospitality towards these folks would be in line, maybe a, “Shalom Alechem, Glad you are here,” might be appropriate for such a prestigious entourage. What is John’s greeting?
“You Brood of Vipers, who warned you to flee from the coming wrath?” (v. 7). Friendly, huh? Just the response that would win us, right?

It gets worse, “Produce fruit worthy of repentance and don’t suppose that you can say, ‘We have Abraham as our father,’” (vv. 8-9). Let’s add some insult to injury, “For God is able to raise up children for Abraham from the stones” (v. 9).

He hasn’t physically arrived on the scene in our lectionary verses, but he will step out from the curtains in the subsequent verses of Matthew 3 and from there on out will take center stage in the Gospel. John refers to him in verse 11, “The one coming behind me is greater than I am. I am not able to untie his shoes. He will baptize you with the holy spirit and fire.”

Exciting stuff. Stuff of God and of God’s Servant. John finally sounds like a prophet that brings good news, hospitable news, eschatological, messianic, kingdom-infused power, but wait, there is more and it is scary.

John says in verse 12, “The winnowing shovel is in his hand and he will clean out the threshing floor and gather his grain into the storehouse and burn the chaff with an inextinguishable fire.” Now maybe that is just for the benefit of the Pharisees and Sadducees, but I think not. John describes Jesus as both Redeemer and Judge. The salvation that the Suffering Servant of God will bring will create a separation of sorts in the way in which the people respond. Like the condemned criminals in the Gospel of Luke who accompany Jesus to the cross, all will be called to decide for or against Jesus, to recognize who he is and the grace that he offers or to turn away from both.

Every year, we attend the Rose Parade in Pasadena. The “unofficial” pre-parade inevitably includes the bullhorn preachers with their placards of increasingly harsh jargon: “Repent,” “Prepare for God’s Wrath,” “Turn or Burn,” and the like. Their intensity makes the orange-robed, smiling faced, dancing Hari Krishna that follow after them seem slightly attractive. Who wants to hang out with the dour-faced prophets of judgment? I’d rather be with the dancing party goers, but then again, context matters.

There are places in which we as humans are blind, aren’t there? Often, those areas in which we are blind have to do with our own sin and we don’t like anyone to call us on it. Guys like John the Baptist make us really uncomfortable. Who’d want to invite a guy like that over for dinner?

I have never really been a big fan of the comedy roast that exploits a person’s weaknesses, but I’d rather subject myself to something done in jest than to have an earnest prophetic voice confront the wickedness of my heart and the hypocrisy of my actions. However, for as much defensiveness and pain that may evoke within me, I know that I need such a voice. John is the bandaid ripper that we need for our complacency. The call to confession and repentance isn’t a graceless action. It is a grace-filled action. It may not feel good, but it is good. Sometimes the harshness of the critique shakes us awake and away from the serpentine and dangerous paths that we traverse.

As preachers, don’t be afraid to introduce such a guest as John the Baptist to your congregation, but first get to know him yourself. What might you and I need to confess, to repent of, to turn away from, as we anticipate the arrival of the king?

The confession of evil works is the first beginning of good works.

The Justice and the Mercy of the Judge

The New Testament proclaims that at some unforeseeable time in the future, God will ring down the final curtain on history, and there will come a Day on which all our days and all the judgments upon us and all our judgments upon each other will themselves be judged. The judge will be Christ. In other words, the one who judges us most finally will be the one who loves us most fully.

Romantic love is blind to everything except what is lovable and lovely, but Christ’s love sees us with terrible clarity and sees us whole. Christ’s love so wishes our joy that it is ruthless against everything in us that diminishes our joy. The worst sentence Love can pass is that we behold the suffering that Love has endured for our sake, and that is also our acquittal. The justice and mercy of the judge are ultimately one.