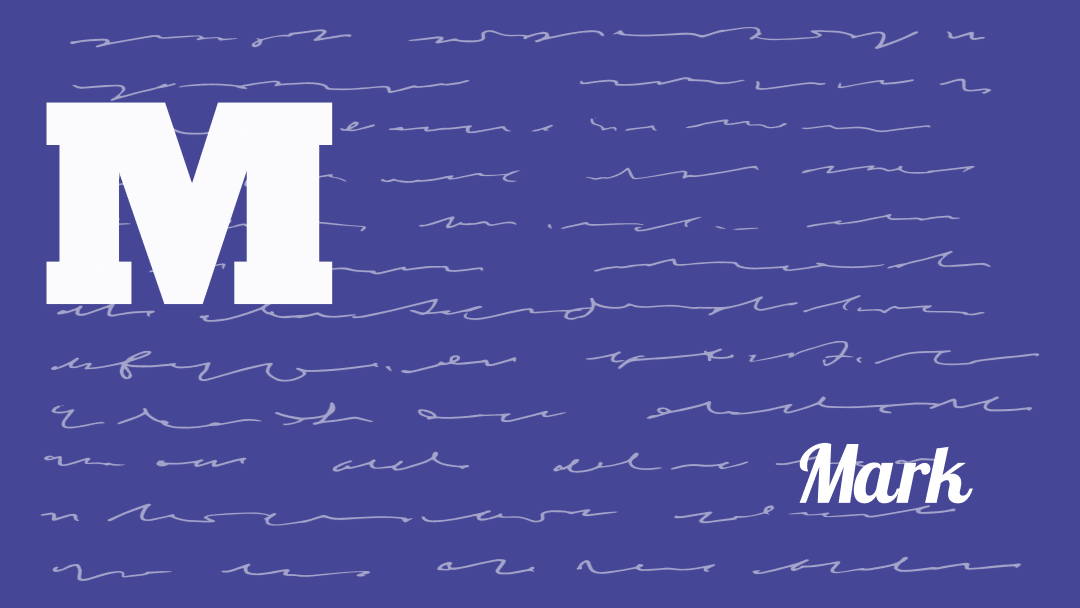 John the Baptist enters the stage in Mark 1 as the “voice of one crying in the wilderness,” (Isaiah 40:3) whose message and ministry is to “prepare the way of the Lord.” Mark describes the wildness of John’s wilderness attire and the relatively slim variety of his palate as reminiscent of the ascetic life of the prophet Elijah. His arrival brings a magnetism to the surrounding region of Judea and the cosmopolitan center of Jerusalem. His rugged and raw appeal stirs desire in the hearts of the nation to find their way to freedom and deliverance. The sinners, not the saints, flock to John’s side; surprisingly, John’s younger cousin, Jesus, joins the throng gathered at the river.

One would think that baptism would be superfluous for the “Perfect.” It would seem as useful as cleansing a bar of soap. Lustration is for the moral and ethical Schmutz that soils the soul of the common man, but not for the “uncommon,” one without sin, like Jesus.

Mind you, the act of baptism that John practiced, a baptism of repentance for the forgiveness of sins, was not in and of itself efficacious for the actual forgiveness of sins. There was no magically regenerative power in its practice. It was a precursor, if you will, a kind of first-step initiation into the fraternity and sorority of the kingdom, a waiting room for the greater one who would baptize with the Holy Spirit, who would have the power to actually wash away sin from the blackened heart. It is a power that will be questioned in Mark 2 with Jesus’ restoration of the paralytic. He declares to his detractors in their incredulity to this authority, “know that the Son of Man has the authority on earth to forgive sins” (Mark 2:7).

The repentance (μετάνοια) that John’s baptism signifies is a change of mind, a turning towards the “one stronger” than John who would baptize in power and reunite the world to God. Yet, why would Jesus, Son of God, submit himself to a first-step ritual intended for those needing forgiveness of sin? Why would a king identify with his subjects in such a coarse and earthy way?

Jesus identifies with humanity in every way. His submission to John’s baptism is his affirmation of his full humanity and the inauguration of his kingdom work as the beloved and favored Son of God. It is the epitome of Paul’s later description of Jesus in Philippians 2:7, “[He] emptied himself, by taking the form of a servant, being born in the likeness of a human being.” It is the necessary way of the suffering servant of Isaiah 53 whose experience of affliction is connected with the hands of the sinners with whom he identifies. Kent Hughes says this about Jesus’ baptism in his commentary on Mark in Crossway’s “Preaching the Word” series,

The preacher may want to emphasize the theme of “identification with humanity” through the act of Jesus’ baptism. The author of Hebrews declares that we have a great high priest who can “sympathize with our weaknesses in every way, but we have one who in every respect has been tested as we are, yet without sin” (Hebrews 4:15).

Imagine Elon Musk or Jeff Bezos relinquishing their wealth and getting in line at the local soup kitchen, something not necessary for either of them and quite dramatic in nature. Now, consider a potential motivation—to identify with the poverty of the people so that they may win their trust and eventually introduce them to the riches that they possess. What may be an implausible analogy would be profound if made into reality.

This is precisely what Jesus did in his baptism, he gave up his riches, got in line with the masses for the temporary handout, identifying with the people in order to lead them to an everlasting supply of riches.

“For you know the grace of our Lord Jesus Christ, that though he was rich, for your sake he became poor, so that you by his poverty might become rich” (2 Corinthians 8:9).

Jesus loved manhood so much that He delighted to honor it; and since it is a high honour, and indeed, the greatest dignity of manhood, that Jesus is the Son of Man.

Charles Haddon Spurgeon, Morning and Evening, Based on the English Standard Version

Comment: This speaks to the incarnation of God and the full humanity which the Son of God clothed himself with in the person of Jesus. The fullness of that love, though, was not simply to take on that humanity and to live estranged from mortal life like some untouchable ivory tower saint, but to walk in our shoes, feel our pain, and experience our journey. It is in this that God, through Jesus, both honors and holds out hope for the humanity which he came to save.

Grace from the Beginning

It’s remarkable that when the Father declares at Jesus’ baptism, “This is my beloved Son, with whom I am well pleased,” Jesus hasn’t yet done much of anything that many would find impressive. He hasn’t yet healed anyone or resisted Satan in the wilderness. He hasn’t yet been crucified or resurrected. It would make more sense if the Father’s proud announcement came after something grand and glorious—the triumphant moment after feeding a multitude or the big reveal after Lazarus is raised…

Baptism is the first word of grace spoken over us by the church. In my tradition, Anglicanism, we baptize infants. Before they cognitively understand the story of Christ, before they can affirm a creed, before they can sit up, use the bathroom, or contribute significantly to the work of the church, grace is spoken over them and they are accepted as part of us. They are counted as God’s people before they have anything to show for themselves.

When my daughters were baptized, we had a big celebration with cupcakes and champagne. Together with our community we sang “Jesus Loves Me” over the newly baptized. It was a proclamation: before you know it, before you doubt it, before you confess it, before you can sing it yourself, you are beloved by God, not by your effort but because of what Christ has done on your behalf. We are weak, but he is strong.

Comment: These are beautiful words on baptismal identity. The Father affirms the Son’s identity before he has yet to “perform.” In baptism, God declares us his beloved children, not because of our effort, but through the work of Jesus. We die to sin and rise to new life. Before his blistering 40-day escapade in the wilderness or march on Jerusalem in the fabulous fanfare of the miraculous and magnificent, Jesus shows up with us at the river, adorned with baptismal gown, to be washed in the same waters as we are, to show grace through the same cleansing bath for the repentance that our sins required of us. His baptism itself is a “grace from the beginning” in his identification with you and me.