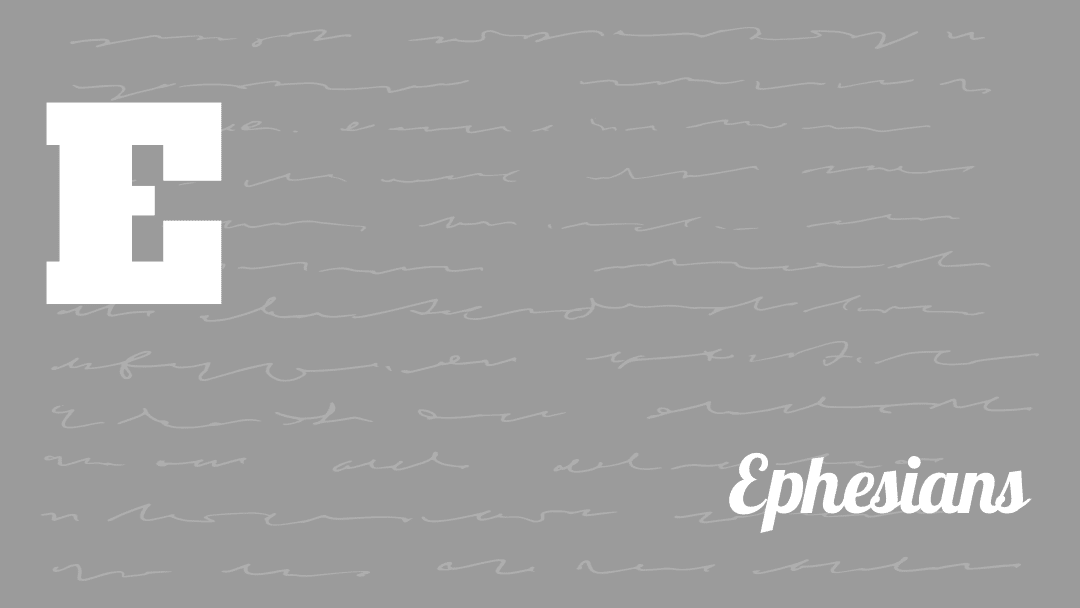 Background to the Letter and Passage: Paul’s letter to the Ephesians was probably intended for wider distribution and use among the various churches around Ephesus. As such, there is no particular crisis or issue being dealt with; rather, Ephesians is a general letter to the church about the church. The letter’s two-part structure reflects its double focus. Section 1/chapters 1-3 expound on what God has done in Jesus to create the church; in grammatical terms, this is “the indicative,” where the focus is on Christian doctrine. Section 2/chapters 4-6 then look at what the church by the power of the Holy Spirit is called to be and do in response to the gospel; this is “the imperative,” where the focus is on Christian living.

Ephesians 4:1-16 is the bridge passage between the two sections. “Then” (v. 1, some translations: “therefore”) clearly links to what has gone before and grounds the instructions that now follow in the earlier section. The opening call “to live a life worthy of the calling you have received” (v. 1) is the general and overarching command which chapters 4-6 now unpack and flesh out.

Unity in the Church: The passage can be broken down into three parts. First, vv. 1-6 are about the unity of the church. Paul earlier expounded on what God did through Jesus Christ to create and build God’s new society—the one new humanity of Jews and Gentiles reconciled to God and to one another that is the church in whom God’s Spirit dwells (2:11-22); thus believers are now called to live out their new reality and identity by displaying the fruit of the Spirit (vv. 2-3, “humble and gentle … patient … love … peace,” cf. Galatians 5:22-23) in their relationships and interactions with one another. Unity with other Christians—both locally and universally—is further emphasized with seven “ones” in vv. 4-6: the first three “ones” in v. 4 revisit some of the major themes of the previous chapters—“one body” (cf. 2:14-17), “one Spirit” (cf. 1:13-14; 2:18-22), “one hope” (cf. 1:11-14, 18); the second three “ones” in v. 5 relate to Christians’ faith in the Lord Jesus enacted and confessed in baptism; the final “one” in v. 6 affirms God’s sovereignty over all.

Diversity in the Church: Second, vv. 7-11 are about the diversity of the church. Jesus the risen Lord has given every disciple “grace” or a gift of some sort (v. 7). In v. 8, Paul quotes Psalm 68:18 which speaks of Yahweh’s triumphant ascent of Mount Zion after rescuing his people, and having received gifts from his foes distributes those gifts to his people. In vv. 9-10, Paul applies the “ascended/descended/ascended” language and imagery to Jesus’ incarnation and exaltation (cf. Philippians 2:5-11) and the idea that the victorious Jesus who has conquered his foes through his death and resurrection now gives gifts to his people, the church. Paul then returns in v. 11 to describe the “grace” mentioned in v. 7 as various gifts: whereas elsewhere the New Testament lists spiritual gifts as particular skills and abilities (e.g. Romans 12:3-8; 1 Corinthians 12:4-11; 1 Peter 4:10-11), here it is the people themselves in their roles or callings of apostles, prophets, evangelists, pastors and teachers who are Jesus’ gifts to his church.

Leaders/Functions in the Church: It should be noted that these are not formal titles or offices for in general the New Testament emphasizes roles, functions, and gifts. So while “apostles” in a limited sense applies to Jesus’ disciples who were eyewitnesses of his life, death, and resurrection, the term is also applied to others outside that circle (see e.g. Acts 14:4, 14; Romans 16:7; 1 Corinthians 15:7; Galatians 1:19; 1 Thessalonians 1:1; 2:6); in the broadest meaning of the word, “apostles” are those sent to advance and extend the gospel into new places and territories.

“Prophets” hear from God and convey his word to others. “Evangelists” share the good news and win people to the Lord. “Pastors” lead and care for those within the Christian community. And “teachers” help God’s people understand and apply God’s word to their lives. Here preachers may draw on other biblical principles related to gifts-based living, e.g. to think neither too highly or lowly of ourselves and our gifts, to recognize the different gifts and contributions different people make, etc. (again see e.g. Romans 12:3-5; 1 Corinthians 12:14-27).

Maturing the Body: This leads into the third part of the passage, vv. 12-16, which are about the maturity of the church. Jesus gives these gifts “to equip” his people (v. 12). The word (Greek katartismos) means to make something whole so it can function properly—like setting a broken bone; it can also mean being rightly prepared and equipped.

Thus Jesus gives these gifts to his people so that together they might truly be his body in the world—showing his presence and joining in his work—for he himself is the ultimate and perfect apostle, prophet, evangelist, pastor and teacher. As each person contributes their gifts, the church is strengthened and built up, helping the church mature and grow in serving others (v. 12), in knowing Jesus better (vv. 13-14), and in becoming more and more like Jesus (vv. 13, 15-16).

To summarize, the three parts of the passage fit and flow together: our unity in Christ is enriched by the diversity of gifts Jesus has given each person in his church, and as we all contribute our gifts and do our part, it leads to our maturity in Christ both individually and together as his church. In this, Jesus is glorified and made known to the world. 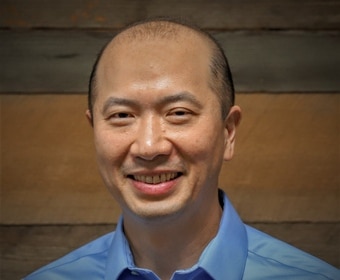 Gabe was born in England and grew up in Hong Kong. He previously served as a missionary in Australia with Youth With A Mission, and as a pastor with churches in Westminster and Irvine, Calif. He has a BA from Seattle Pacific University, and MDiv and DMin degrees from Fuller Theological Seminary. His central focus in ministry is helping people trust and follow Jesus in all of life and equipping them to help others do the same. Gabe is married to Maribeth and they have two children, Matthew and Amy.

According to the New Testament, God wills that the church be a people who show what God is like.

I remember playing a game as a child in which we would bend one knee and grab our foot behind us and then try to race—limping, stumbling and falling over as we struggled across the grass toward a finish line. That’s what happens when we have only one leg to stand on, or assume that somehow two left feet suffice for one of each. This balancing act is repeated throughout most of nature. Two eyes to give perspective. Two arms and two hands to provide dexterity. Two sides of our brain that tandem. All these things come in pairs because there are many things in the physical world that work best when they have balance and complementarity.

Preaching angle: The church needs all the gifts of apostles, prophets, evangelists, pastors and teachers are needed. Often in local congregations, however, only the gifts of pastors and teachers are affirmed and valued while the others are ignored or marginalized. But that is like trying to walk on one leg, or only having one arm … the church doesn’t function properly or fully.