What does a prayer reveal about a person?

What do you most often pray for/about and what might that reveal about you?

A Beautiful and Compelling Gospel Prayer: The apostle Paul had many prayers in the New Testament, but possibly none as beautiful and on point as this one. The heart of Paul’s prayer for the Ephesians is that they would allow the gospel to transform their lives and relationships. Although the word “gospel” isn’t explicitly used, the thematic elements are implicitly woven throughout. Paul could not be more emphatic about the centrality of the good news of Christ in his prayer for the church in Ephesus to grasp how, “wide and long and high and deep is the love of Christ” (v. 18). Paul’s prayer is divided into two sections: 1) intercession for the church (vv. 14-19) and 2) doxology to God (vv. 20-21).

Paul’s Intercession for the Church in Ephesus:

Fullness: Paul prays that the church in Ephesus will not simply experience a part of God, but rather the fullness of God. πλήρωμα (pleroma) is the word in the Greek. It means abundance. John 1:16 says of the incarnate Lord, “For from his fullness we have all received, grace upon grace.” We are told in Colossians 1:16 that in this same incarnate word, “all the fullness of God was pleased to dwell.” What a remarkable prayer from Paul, that the church, too, would experience the fullness/abundance of God’s indwelling presence and power with them in the same way as Christ himself.

Father: Paul’s prayer is directed to the Father, πατὴρ (pater). Continuing Jesus’ example of addressing God as, “Abba” in prayer (vide, Luke 11:2), Paul references those connected to him as a family derived from a single ancestor, God the Father, himself. It is particularly poignant that in this prayer, Paul, who has formerly spoken about the division between Jew and Gentile and the alienation of the nations from citizenship with Israel, would speak so clearly and comfortingly about a Father from whom, “every family in heaven and on earth derives its name,” (v. 15).

Posture: Paul kneels before the Father in prayer. The most common position for a devout Jew such as Paul would have been to pray standing, swaying backward and forward in rhythmic recitation before God. Some commentators suggest that in kneeling, though, Paul brings an important element of worship into prayer. He is not out of character with scripture. Psalm 95:6 says, “O come, let us worship and bow down, let us kneel before the Lord, our Maker!”

Spirit’s Strengthening: The experience of God’s fullness is not fabricated by our titillating worship services or mesmerizing sermons, but by the strengthening of God’s Spirit in our “inner” person. Jesus himself said that it is not what is outside of a human being that makes them unclean, but that which is within. Paul’s desire is for the Spirit of God to penetrate into the inner person. No surface religious expression, rote devotion, but radical inner transformation, which as he says in Galatians 5 produces an abundance of fruit.

Through Faith of the heart, the seat of one’s physical and spiritual life, the center of the inner person, Paul desires that the church in Ephesus may experience Christ’s dwelling. Robert Boyd Munger, the Presbyterian pastor, who wrote “My Heart, Christ’s Home,” paints a picture for us of what Paul means. In his metaphorical use of heart for home, Munger describes a home that has no closets, cupboards, or cellars closed to the indwelling presence of Christ. He is given permanent residence in the center of our personality, our character, our pain and failure. He is given access to our secret sins and freedom to reshape our values and the entirety of our lives.

Four Dimensional Love (wide, long, high, deep) experienced with all of God’s Holy Community. In our western ideology of the independent study project, sabbatical, or retreat, one is thought to experience God’s cosmic love in relative monastic solitude. It is quite the contrary for Paul. While he would certainly not denigrate the importance of personal piety and privacy before God in prayer and meditation, God’s vast love is experienced alongside and through community. In Ephesians 2, Paul describes the people of God as a “Holy Temple,” built upon Christ, it’s cornerstone. This living temple experiences the presence, power, and love of Christ, upon which the whole structure is designed, mediated through its members. His love flows freely through the wholeness of his holy temple, through his people, who both rejoice when another rejoices and grieve when another grieves.

Paul’s Doxology: Paul sees the Church with its empowering by Christ as the locus of witness to God. As Andrew T. Lincoln says in his Word Biblical Commentary on Ephesians, “In line with [Paul’s] earlier emphasis on the Church as the sphere of God’s presence and rule, his doxology sees the Church as the sphere in which God’s glory is acknowledged.” This acknowledgement, while certainly manifest through the corporate worship of the church, is not limited to the walls of a sanctuary. The glory of God is revealed in the Church scattered throughout the highrises, lowrises, Webex and Zoom meetings, soccer fields, hockey arenas, lecture halls, and public squares. It is an embodiment of God’s glory not hidden behind four walls of secrecy, but on the display for the world to see. It is a glory that is magnified by God’s power at work within us to do, “immeasurably more than all we ask or imagine.” 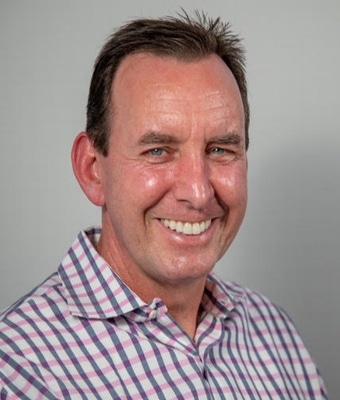 Craig Morris is an ordained minister, former church planter, pastor, and the president of Flourish Ministries where he coaches, consults and encourages pastors and ministry leaders.   He has an Mdiv from TEDS and is currently pursuing his doctorate at Talbot Seminary.  He has written two books (Right Side Up and 10 Promises of a Great Sports Parent).  He has been married for almost 30 years to his amazing wife Cherish and they have two wonderful daughters (Sophia & Alexa).

The Christian does not think God will love us because we are good, but that God will make us good because He loves us.

What Your Prayers Reveal

A pastor and friend of mine, Jack Miller, once said he could tell a great deal about a person’s relationship with God by listening to him or her pray. “You can tell if a man or woman is really on speaking terms with God,” he said. My first response was to make a mental note never to pray aloud near Jack again.

I’ve had years to test out Jack’s thesis. It is quite possible to become florid, theologically sound, and earnest in your public prayers without cultivating a rich, private prayer life. You can’t manufacture the unmistakable note of reality that only comes from speaking not toward God but with him.