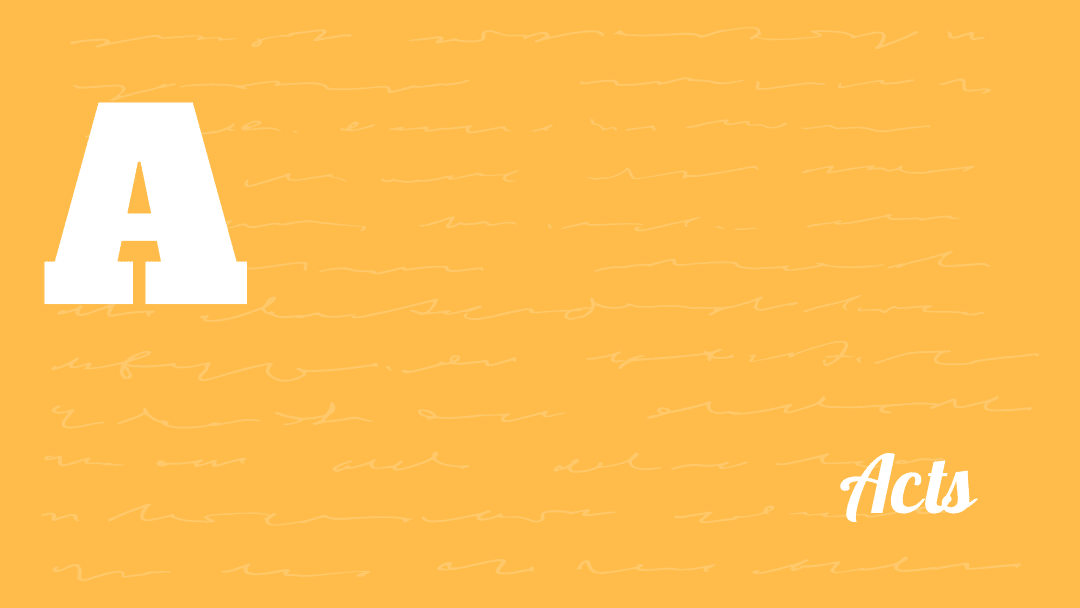 Clothed with Power: I have a daughter who cannot acquire enough clothes. Every birthday, Christmas, or special occasion is an opportunity to shop online for something new. Fashionable rags give her a reason to step out into the limelight with confidence. Clothing of the physical and the spiritual kind can give us the confidence to conquer the world.

Jesus’ disciples felt ill-equipped and uncertain on what to do once they realized Jesus wouldn’t remain with them after his resurrection. They were naked without their Lord, without the right clothes to venture out again. Jesus reassures them in Luke 24:49, “I am sending upon you what my Father promised; so stay here in the city until you have been clothed with power from on high.” In Acts 1:8, before his ascension to the Father, Jesus speaks to his followers once again about this new clothing they will obtain, “But you will receive power when the Holy Spirit has come upon you; and you will be my witnesses in Jerusalem, in all Judea and Samaria, and to the ends of the earth.”

Gathering to Wait: Good things take patience. A promise of something wonderful may not mean, probably does not mean, that it will be given then and there; nevertheless, anticipation of it makes it worth the wait. Like the current nationwide vaccination scheduling which gives hope for liberation from fear and isolation while we still wait in relative fear and isolation, the disciples wait patiently for their turn, for this gift with which Jesus promised they would be clothed.

Acts 2:1 says that, “When the day of Pentecost had come, they were all gathered in one place.” They had taken Jesus’ words seriously. His resurrection appearances had renewed their faith and bolstered their resolve even though they did not yet know what this all meant. So, they patiently waited for the promise.

Who Was Waiting?: Now, we know for certain that Peter and the eleven, which included the newly minted disciple, Matthias, waited in the room in which they were staying, along with perhaps another hundred plus disciples of Jesus. Acts 1, in its telling of the choosing of Matthias after Judas’s demise, says, “In those days Peter stood up among the believers (together the crowd numbered about 120 persons)…” (Acts 1:15). While this is certainly not the most significant point of our passage it will be important to note that at the giving of Jesus’ promised gift, 120 will exponentially grow to just north of 3000 followers of Jesus. This is a clear fulfillment of Jesus’ words in Acts 1:8, “…you will be my witnesses in Jerusalem…”

On this day of celebration, Jesus’ disciples and his other followers would have found Jerusalem filled with the faithful from every corner of the Greco-Roman world as our text indeed indicates in Acts 2:9-11. Some 18 different regions and people groups are mentioned as being present.

While it is a later tradition and cannot be directly applied here, the day of Pentecost became linked to God’s giving of the law to Moses on Mt. Sinai in Exodus 20. Later Jewish traditions around the Feast of Weeks involved a reading of the 10 commandments.

There is of course symbolic ingathering in our text not simply of the wheat harvest during this particular day of Pentecost, but an ingathering of the nations. It is not for the commemoration of God’s giving of his law but a clothing of his people with his Spirit. As one commentator has put it, “The Pentecost miracle, the Holy Ghost miracle, the God-Almighty miracle of Acts 2 is the regeneration of the human heart.” This clothing from on high is the birth of the church, the empowered body of Christ, as his witness to the world.

An Unexpected yet Expected Event

The disciples had little idea what Jesus’ meant when he told them to wait for the gift of his Spirit of truth, for this Advocate, as the Gospel of John describes him. There was no clear antecedent in mind for them that would have cued them into God’s actions. They certainly knew of the prophets and the spiritual empowerment of their prophetic utterances.

They had heard the story of Saul, the first king of Israel, and his ecstatic experience in 1 Samuel 10 when the Spirit of the Lord rushed upon him, he prophesied, and turned into another man, one that would be anointed king. They knew of the valley of dry bones in Ezekiel and the Spirit of the Lord, which in this Exilic prophet’s vision, breathed life into the bones of the dead. They knew of the prophet Elijah’s experience of God on Mt. Horeb in 1 Kings 19 when a great and strong wind tore the mountains and broke in pieces the rocks before the Lord, the earthquake, and the fire, but the presence of God in none of these but the sound of a low whisper. However, these provided no paradigm, precedent, or pattern for what was about to occur.

Luke describes a sudden rushing wind that filled the house, divided tongues as of fire that appeared and rested on each one of them. They were filled with the Holy Spirit and began to ecstatically speak of the mighty works of God in the languages of the nations drawn to Jerusalem for the Feast of Weeks. This rightly attracted a crowd of those in close proximity to the clamor. We can only speculate where this room in which they gathered might have been and how it was that such a large crowd of pilgrims was near enough to be drawn in by the miraculous, but the central point is that the multiplicity of nations were gathered into the fold that day because they heard witness to God by these Galileans in their own tongue. They were amazed; yet some mocked.

How do most of us make sense of an unexpected and out-of-the-ordinary event? We are amazed, puzzle over it, dismiss it, or maybe even try to find an explanation that fits it within our realm of reason and possibility. Drunk disciples made more logical sense to some of the throng gathered than a miracle of God. What happened defied the norms of understanding.

Peter, on behalf of those gathered, begins his sermon of explanation regarding the divine event (as if he knew all along what was going to happen and why, which is certainly not the case, but more likely an illumination by the very Spirit poured out upon him). They were not drunk as some thought, given the fact that it was only the third hour of the day. Few people would be inebriated at 9 in the morning and certainly not the Galileans there gathered, who declared the mighty works of God in tongues that they could not possibly know. They could not, in a drunken stupor, purport to mimic these foreign languages in any intelligible fashion. On the contrary, Peter interprets this unexpected occurrence as quite expected according to scripture. He quotes Joel 2:28-32, a prophetic afterword about the gracious outpouring which would follow the great and terrible day of the Lord. According to Peter, Joel’s vision of God’s pouring out of his Spirit upon all flesh had been fulfilled in this Pentecost miracle.

The fledgling, fearful, faltering, unclothed band of brothers were now clothed with power from on high. No longer would they need to wait out the gift. The gift had arrived and their mission had begun, to be their savior’s witnesses in Jerusalem and to the end of the earth. This is full circle from the story of Genesis 11 where the people were dispersed and divided by their speech now to a place of unity of speech and understanding. The regions that were privy to the witness of Christ today through their representatives in Jerusalem would become the mission fields of God’s grace tomorrow as the body of Christ expanded.

The preacher may wish to speak to his or her congregation’s own sense of being “unclothed” and “unprepared” to witness to the world. She may desire to address any specific fears and concerns of the flock as she compares them to the unprepared, but watchful and waiting disciples. Of course, Pentecost, also later referred to as Whitsunday, the day in which the Spirit brought wit and wisdom to his disciples, changed everything. Like the early followers of Jesus, we today are clothed from on high, given a new heart, capable of living out the love of the Gospel to a waiting world.

Without God’s Spirit, there is nothing that we can do which will count for God’s kingdom.

The Celtic Christians had a name for the Holy Spirit that has always intrigued me. They called Him An Geadh-Glas, or “the Wild Goose.” I love the imagery and implications. The name hints at the mysterious nature of the Holy Spirit. Much like a wild goose, the Spirit of God cannot be tracked or tamed.

An element of danger and an air of unpredictability surround Him. And while the name may sound a little sacrilegious at first earshot, I cannot think of a better description of what it’s like to pursue the Spirit’s leading through life than Wild Goose chase. I think the Celtic Christians were on to something that institutionalized Christianity has missed out on. And I wonder if we have clipped the wings of the Wild Goose and settled for something less—much less—than what God originally intended for us.