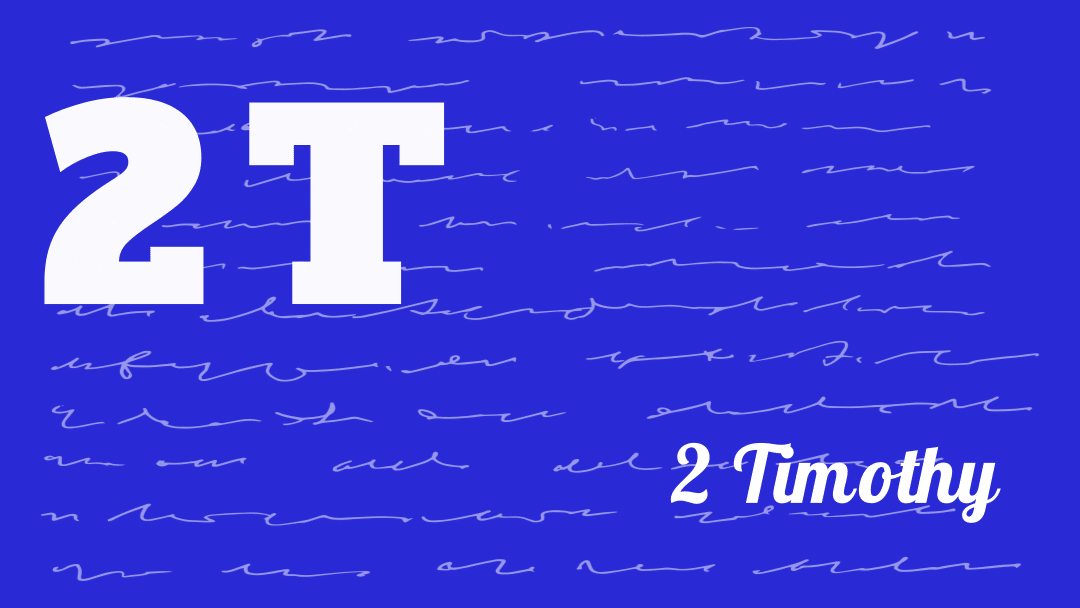 In 1 Corinthians 1:17-25 we find the gospel that Paul preaches summarized in Christ’s crucifixion. Here in 2 Timothy 2:8, Paul’s gospel is encapsulated in Christ’s resurrection and humanity. Surely each summary is a form of synecdoche, with different aspects of Christ’s life standing for the fullness of his person and ministry. The particular Christological element highlighted as the summary of the gospel in each context seems to speak to a truth that was doubted or threatened in that context. The Corinthians needed to be reminded of the cross, as that was seen there as foolishness. Perhaps some of the false teachers in Ephesus were teaching a kind of Docetism, with Christ not being seen as truly human. And we know from 2 Timothy 2:18 (just beyond the reach of the lectionary passage) that some were saying that the (general) resurrection had already taken place, which would reduce the reality of resurrection to a kind of metaphor.

Sometimes we are tempted to focus our preaching on doctrines that already have broad acceptance in our context. And, yes, it’s good to remind people of these non-controversial truths (“preaching to the choir” is not always a bad thing). But sometimes the part of the gospel that needs to be highlighted is a part that has been doubted or challenged in our local context. This can be an unpleasant experience for a preacher, but the fullness of the gospel is worth a little suffering.

A Gospel Worth Suffering for

Last week’s lectionary text (2 Timothy 1:1-14) introduced the theme of suffering for the gospel—not an unexpected topic for one writing from prison. Again here we find a message that is at odds with much of American Christianity. Whether intentionally or not, we often communicate a nearly opposite message—“the gospel will keep you from suffering!” No, Paul says, this is a gospel that is worth suffering for. While there is, of course, an eternal perspective that ultimately triumphs over this temporal suffering, in the more immediate term this is a good opportunity to inch away from the me-centered ethos that is so dominant in our culture. The potential for suffering reminds us that we are living for something beyond ourselves, which can be a freeing realization.
N.B.: beware unwitting messages relayed in some hymns. Recently I selected “There’s a Wideness in God’s Mercy” as the closing hymn for a service—a hymn with a wonderful message for most of the way through. But then the final verse left these words ringing as the final echo: “We should take Him at His word, and our lives would be all sunshine in the sweetness of our Lord.” That’s not quite what we’re promised here.

Paul puts the image of his chains to good use to illustrate a clear difference between his situation and the state of the gospel—Paul’s in chains, but God’s word is not chained. Unless you’re a prison chaplain, your congregants won’t be chained in quite the way Paul is here, but all will understand metaphorical chains of some sort, whether external or internal. How often we assume that these struggles and obstacles must also impede God’s work in our life and beyond. But far from hindering God’s redemptive work, God can use these chains (whether sprung upon us or of our own making) to further advance the gospel. Paul’s reflection in Philippians 1 that “what [had] happened to [him had] actually resulted in the progress of the gospel” provides some context for how he had come to learn this truth.

Whose Work, and for Whose Sake?

I’ve always found verse 10 to be a bit jarring: “Therefore I endure everything for the sake of the elect, so that they may also obtain the salvation that is in Christ Jesus.” I have three questions: 1) why endure for the sake of the elect (rather than for the sake of Christ or the gospel?), 2) does the “so that they may also obtain” mean that it would be possible for the elect not to obtain salvation?, and 3) does this suggest that Paul’s endurance is somehow a factor in the elect obtaining salvation?
This statement doesn’t fit neatly in my Reformed theological categories, and it challenges many of my assumptions about the work that Christ-followers are called to do. Still, we don’t read this statement in a vacuum, so it is still conditioned by clearer and more prevalent passages that attribute salvation to God alone and that speak confidently of the destiny of the elect. I can’t say that I have fully satisfying answers to all of the questions occasioned by this sentence, but I can direct my questions differently as I try to allow this statement to challenge my assumptions and practices: Given the close association between love of God and of neighbor, have I allowed too great a distinction between working for the sake of Christ and for the sake of the elect? Do I twist the assurance of salvation into an excuse for my complacency? Do I minimize the powerful ways in which God can use us instrumentally?

He Will Deny/He Remains Faithful Tension

The “sure saying” in vv. 11-13 hits with a mix of warning and assurance—like a “good cop” and “bad cop” (or “good apostle” and “bad apostle”?) mixed together into a single aphorism. First we get a stark warning in v. 12: “if we deny him, he will also deny us.” This reciprocity reflects Christ’s words in Matthew 10:33 (“whoever denies me before others, I also will deny before my Father in heaven”). But then we get a more comforting word in 2 Timothy 2:13—a gracious asymmetry in which our failure seems less fatal: “if we are faithless, he remains faithful—for he cannot deny himself.” The imbalance here reiterates Paul’s words to the Romans: “What if some were unfaithful? Will their faithlessness nullify the faithfulness of God? By no means!” (Romans 3:3-4a), and it reflects Christ’s own restoration of Peter after his repeated denials. The preacher can explore here what it might mean for Christ to “remain faithful.” Faithful to us? Faithful to the Father? To his own mission? There is sufficient biblical warrant for us to hope that this steadfast faithfulness is meant to soften somewhat the starkness of v. 12.
The phrase that introduces this saying— “the saying is sure” (pistos ho logos)—is a common expression in the pastoral epistles, appearing five times. The context here, though, makes me wonder if there’s also a bit of play on words. The phrase can also be rendered “the word is faithful,” and the passage has additional references to both the word and to faithfulness: in v. 9 we hear that the “word (logos) of God” is not chained, and in v. 13 that Christ is “faithful” (pistos).

If we are to avoid “wrangling over words,” what hope is there for the discipline of theology? Does this practice not include a fair amount of word-wrangling? And, given the power that words have, isn’t some of that wrangling perhaps necessary? Paul is sufficiently concerned about countering false teachers to make it clear that he isn’t saying that it’s better simply to agree to disagree than to argue about words. The focus seems to be more on the spirit of the disagreement than on the disagreement itself (note the martial root mache, referring to a battle). This is echoed later in the chapter, when he says that “the Lord’s servant must not be quarrelsome but kindly to everyone, an apt teacher, patient, correcting opponents with gentleness” (vv. 24-25a). His intent, then, is not to set all disputes about words aside so that each person can hold onto their own truth, but to emphasize that these disagreements should take place in a spirit of gentleness. This is the spirit of debate that has a hope of leading someone who is in the wrong to “repent and come to know the truth” (v. 25b). What a timely message for our age of vitriolic (usually online) debate! And good news for the pastor-theologian who cares deeply about how words are used.
There is a warning here too, though, not to get wrapped up in verbal sparring that simply goes around in circles, with no practical benefit or faithful means of determining a correct position (the “stupid and senseless controversies” that Paul will warn of in v. 23). 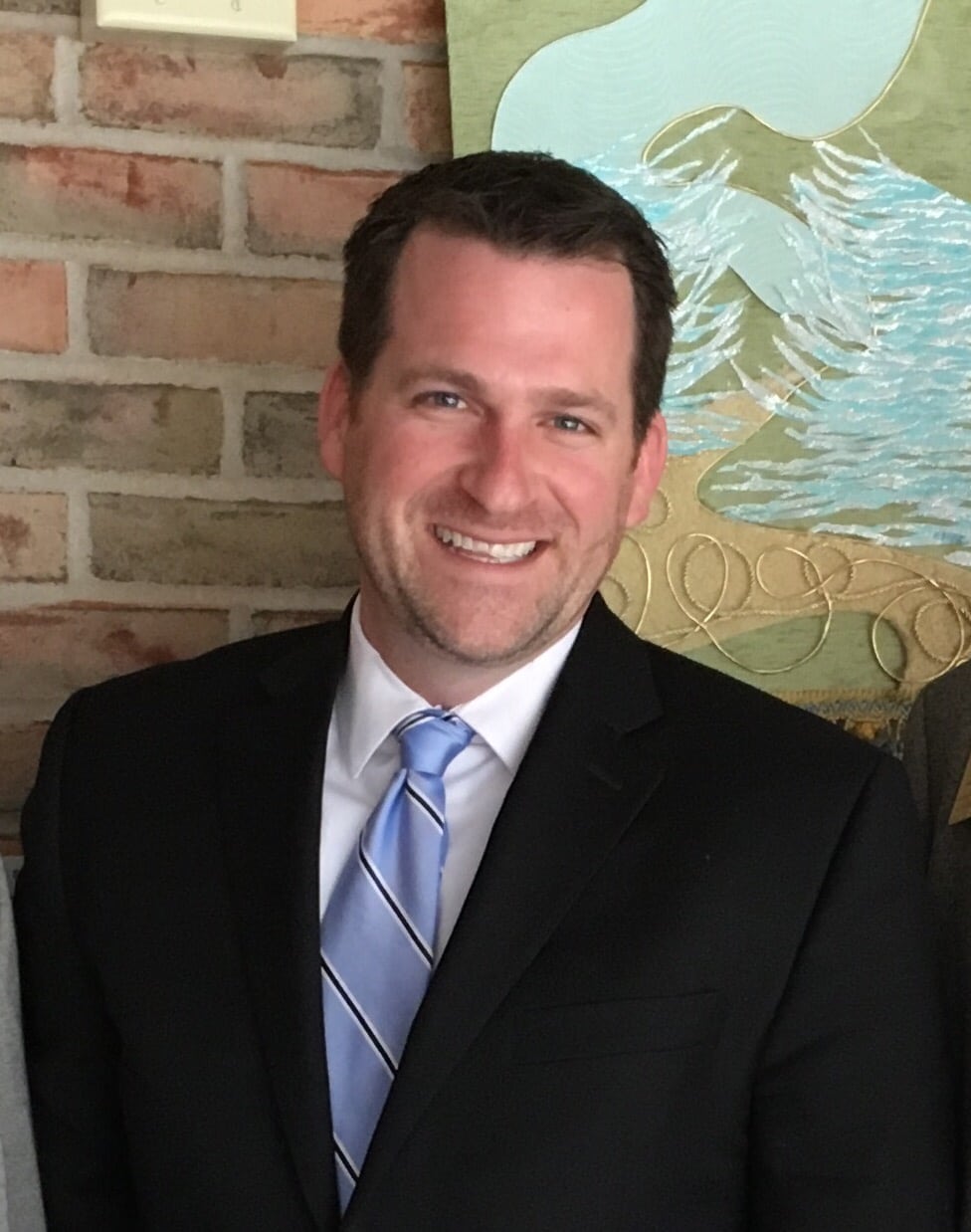 Darren is the author of Early Stuart Polemical Hermeneutics: Andrew Willet’s 1611 Hexapla on Romans (Vandenhoeck & Ruprecht, 2017). He has also been published in Jonathan Edwards Studies, Anglican & Episcopal History, and Word & World, and he contributed multiple entries to The Jonathan Edwards Encyclopedia (Eerdmans, 2017).