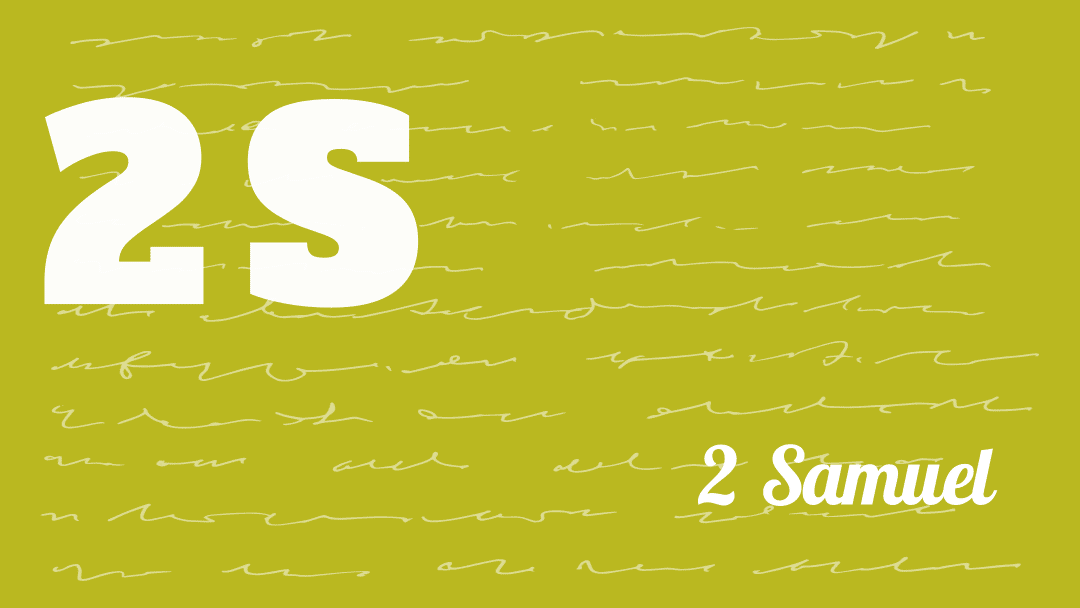 Ark of God: The ark of God traveled with the people of Israel on their journey through the wilderness, accompanied them on their conquest of the land of Canaan, and was the center of their worship at Shiloh. It was present with them in battle against the Philistine army at Ebenezer in 1 Samuel 4 where it was subsequently captured and taken to Ashdod and Ekron by the Philistines. It was returned by the Philistines who could not wrest its power and stayed in Beth Shemesh until the men of Kiriath Jearim brought it home with them where it remained for twenty years.

When we find David at rest in his home built of cedar, with God having given him relief from all his surrounding enemies, the ark of God remains in Kiriath Jearim with no permanent home. The ark of God in “exile”, enshrined in a tent without a permanent home while the king comfortably reposes in his Jerusalem post, provides the ironic backdrop of the story of 2 Samuel 7. The irony is in David’s assumption that God does indeed need a home as did the other gods of the ancient world. The prophet Nathan affirms David’s desire to build God a temple, but God informs Nathan to tell David in no uncertain terms that if he had desired a home he would have already asked for it.

God flips the table: What is noteworthy are God’s words to David through Nathan, “I took you from the pasture, from following the sheep, that you should be a prince over my people Israel. And I have been with you wherever you went…I will make for you a great name…I will give you rest from your enemies. Moreover, [I] will give you a house” (2 Samuel 7:8-11). David concerns himself with God’s glory in his commitment to enshrine him in a permanent house of worship. God surprises David by flipping the table. God does not need a house, but David does, not a house made of cedar, but a heritage, a household of leadership and blessing. God further states to David in v. 16, “And your house and your kingdom shall be made sure forever before me. Your throne shall be established forever.”

God’s covenant with David: This promise of God became a rallying hope for the people of Israel during the period of exile in Babylon and conquest at home from foreign rulers. As Robert B. Chisholm, Jr. observes in his commentary on 2 Samuel in Baker Publishing’s Teaching the Text series, p. 222,

David’s dynasty appeared to come to an end. But the promise, which is rooted in the Lord’s faithful character and sovereign choice of David, remained intact as the prophets looked forward to its fulfillment through an ideal Davidic king. In the course of time Jesus emerges as this king, and the promise to David finds its complete realization in and through him

Word Study: Beth (2 Samuel 7:11) is a house. It is one of the first words many students of Hebrew learn in their elementary studies, but it is not simply a house. It can refer to a household or family that is related to one another. In its particular use in v. 11, it refers to a family of descendants. God’s promise to David is that he will establish his family of descendants and that one of them will sit upon the throne and rule the people of Israel. Furthermore, the rule of this Davidic line will have no end. ‘Ad ‘Olam (2 Samuel 7:16) is used to speak of the enduring nature of the Messianic dynasty in the Psalms. God speaks in Psalm 89:3-4, “I have made a covenant with my chosen one; I have sworn to David my servant: ‘I will establish your offspring ‘ad ‘olam and build your throne for all generations.’”

Houses Get Built For God: Less than a decade before Jesus’ birth, Herod the Great finished his elaborate renovation and expansion of Zerubbabel’s temple. It was the third iteration of construction. The first temple, built by Solomon, had been plundered and destroyed by the Babylonian Empire. Along with the people of Israel, the ark of God was taken into exile and did not find its way back to Jerusalem. The second temple, under the direction of Zerubbabel, upon return of the exiles from Babylon, was a modest replication of Solomon’s construction. Herod’s temple was a wonder of the Judean province of the Roman Empire and the historian Josephus in his Antiquity of the Jews describes in great detail the stages of construction. He also asserts that the motivation for its improvement by Herod, unlike that of David’s wishful expression to Nathan, was borne out of a desire to glorify himself rather than God.

No House Yet for David: In this setting, we find a temple built by an egotistical ruler, a vassal king of Rome not of the Davidic line, an absence of the ark of God, and a people vacillating in their hope that God’s messianic covenant with David was anything more than a broken promise. God, though, is not silent. He does not break his promise. To an unlikely candidate, God makes his proclamation that he will indeed build David a house, when the Angel Gabriel declares to Mary,

And now, you will conceive in your womb and bear a son, and you will name him Jesus. He will be great, and will be called the Son of the Most High, and the Lord God will give to him the throne of his ancestor David. He will reign over the house of Jacob forever, and of his kingdom there will be no end (Luke 1:31-33, NRSV)

Combining David’s Desire & God’s Promise: There is a long period between God’s promise to David to build him a house and its fulfillment. The time in between included failed rulers, loss of land and kingdom, captivity, and oppression. It was a period in the wilderness. Yet, the experience of the people of God did not negate the promise of God. It was not a matter of “if”, but of “when” God would act. His action not only makes good on his promise to David, but provides something more than expected. David had concerned himself about housing the “presence” of God in a temple and God had concerned himself with establishing David’s throne. In Jesus, we find the perfect combination of both. The incarnation enshrouds God in a temple, not made by human hands, but a temple of flesh and blood, bone and sinew, breath and life, who lives among us. God himself becomes the descendant of David whose kingdom will have no end.

Even though we are in Advent, fast forward with me for a moment to the period after Jesus’ birth and the visit by the wise men from the east in Matthew 2. Matthew tells us that when Herod the Great discovers whom they seek that he was troubled and all Jerusalem with him. This narcissistic megalomaniac asks the chief priests and scribes of the people as to the location of the birth of this “Davidic” king. These scholars of the law and prophets identify the village of Bethlehem in Judea as prophesied in the book of Micah, “But you, O Bethlehem Ephrathah, who are too little to be among the clans of Judah, from you shall come forth for me one who is to be ruler in Israel, whose coming forth is from of old, from ancient of days” (Micah 5:2).

God’s house for David and David’s house for God are joined together in what Phillips Brooks so eloquently expresses in “O Little Town of Bethlehem,” “The hopes and fears of all the years are met in thee tonight,” the hopes of the presence of God to reign over his people, to be near his people, to comfort and console his people, to live among us.

By this time, unless something extraordinary has occurred in our 2020 election cycle, we will all know who is destined to assume leadership of the United States of America. Depending upon one’s perspective on the political landscape, this Advent may bring with it a measure of anxiety, fear, and uncertainty.

However, despite the side on which one may fall regarding the state of affairs of the US election or any other countries elections, for that matter, the message of Advent, and particularly of 2 Samuel 7, confidently rests our security in God’s promise to build the house. God did not passively allow for David’s building project, but proactively proclaimed his own.

Psalm 127:1 declares, “Unless the Lord builds the house, those who build it labor in vain.” Our Advent hope is in God’s kingdom and his house to be established on earth as it is in heaven. It is not anchored in our party affiliation, our executive branch, the state of our economy or our nation. In Advent we live in the tension of the hope of the promise and the state of its “not yet” having been fulfilled.

Jesus fulfills his mission from Mark 1:14, that the “kingdom of God is at hand” by enacting not only the words but the works of the kingdom. Mark’s stress on the swift and immediate flow of Jesus’ Galilean ministry in chapter one reflects the “nearness” and “immediacy” of the kingdom. The remainder of Mark’s Gospel uses the word euthus more sparingly, but his near overuse to this point has set the scene for his readers of the the impending Kingdom of God ushered in by Jesus.

Disguise is central to God’s way of dealing with us human beings. Not because God is playing games with us but because the God who is beyond our knowing makes himself known in the disguise of what we can know. The Christian word for this is revelation, and the ultimate revelation came by incarnation. … God is the master of disguises, in order that we might see.

The Gap Between the Promise and the Fulfillment

It isn’t easy to wait.  It demands persistence when common sense says “give up.”  It says “believe” when there is no present evidence to back it up.  Faith is forged in delay.  Character is forged in delay.  The forge is the gap between the promise and the fulfillment.  As gold is purified and shaped in the white-hot heat of a forge, so we and our faith are purified and shaped in waiting.