In the understanding of, and preaching on, any section of the Revelation of John, it is critical to know that the author is writing to real people, in real cities, in a real region of the ancient world, during a specific period of time.  This is about history in the making, past, present and future.  With about 2000 years having elapsed since it was first written it easy to understand the confusion, questions, and controversies which have arisen over this remarkable document.

Obviously, this is a letter sent from one individual to several first century churches in western Asia Minor, but also meant to be shared throughout all churches.  It is a pastoral letter, sent by a well-respected leader in the early church, to bring comfort and encouragement to congregations beginning to experience broad and unrelenting persecution by the Roman rulers.

Probably composed in the late first century, (c 95 AD), it is a response to the growing cult of emperor worship which demanded full allegiance to the Emperor Domitian.

It is a letter with a prologue (v. 1-3), which indicates this is much more that a casual disclosures, prophecies, testimonies, unveilings.  All of which is generally unknown to us today.  Hence, the confusion and controversies.  But our passage today begins to clear the air by being specific in it’s author, it’s greeting, and it’s destination.  V. 4 John wrote the letter, which he had received from an angel sent by God, regarding the testimony of Jesus Christ.  (The question of which John, whether the apostle or the elder is left for another discussion.). V. 4 The greeting is the usual salutation found in the New Testament, “Grace and peace to you from God”.

The destination is the seven churches of Asia Minor (currently, southwest Turkey), enumerated in verse 11. N. T. Wright says, “Revelation—the idea, and this book—are based on the ancient Jewish belief that God’s sphere of being and operation (heaven) and our sphere (earth) are not after all separated by a great gulf.” God’s existence and work permeates our existence and lives in the real world of time and space.

I will be”, or, more colloquially, “you can’t put me in a box.”, Ex.3:14).  It then flows from Christ himself, who is identified in three unmistakable.  First, he is the “faithful witness”, or, as J. B. Phillips paraphrases Col. 1:15, “Jesus is the visible expression of the invisible God,” and Heb. 1:3 states “…he is the exact representation of his (God’s) being.”  Secondly, Christ is “the first born of the dead”; he suffered execution but is alive; he has conquered death.  Thirdly, he is “the ruler of the kings of the earth”; he is the supreme authority over all nations and peoples.

At this point John cannot stop himself from extolling the excellence of Jesus Christ, so he bursts out with a doxology of praise, V. 6, drawing his readers into the presence of the redeemer, himself.  We, the Church, are a divine kingdom, and a cohort of priests, created to serve our Lord.  V.7 This same Jesus will return through the clouds, visible to everyone, but painful to all, because of our guilt, especially his executioners.  Finally, V. 8. The Lord God speaks, “The Alpha and the Omega”, the first and last reality, the ultimate creator and completion of all things.

Christ, himself lays claim to this same title in Rev. 22:13.  N. T. Wright captures the meaning of these verses when he states, “…far and away the most important {point is} everything that is to come flows from the central figure, Jesus himself, and ultimately from God the father…”

I feel compelled to repeat myself, because, I think, there has been no time since Revelation was written that the Church has been so alienated from the world and its systems of governance, as it is today.  As I stated in my PW article on Luke 15:1-3, 11-32, the forth Sunday of Lent, “We live in a fractured world.  Not just divided in-two, but split into many different pieces, with very little hope of reconciliation between any of them.

Around the world people are divided between right vs. left, capitalists vs. socialists, dictator vs. democracies, religious vs. secular-humanists, science vs. faith.”  In the West, the Church has been forced to the sidelines of influence and effectiveness.  Secularism has, is, and will continue to rail against, rule against, and revolt against the influence, principles, and ethics of Christianity.

In the East, Middle East, and Southern Hemispheres, which are the fastest expanding areas of church growth,  the persecution, imprisonment, and killing of Christians is continuing at a rapid pace.  The reality, which the apostle Paul addressed in Eph. 6:12, “the forces of evil”, are clearly engaged in war against the Church.

The message of Revelation, as a whole, and specifically this introduction to the seven churches, which claims the absolute Lordship of Jesus over all history, must be preached with enthusiasm, conviction, and joy.  The seven churches in Asia Minor are about to hear from their Lord, that, despite their sins and weaknesses, he will enable them to overcome.  Our churches today need to hear and grasp and trust the same message. 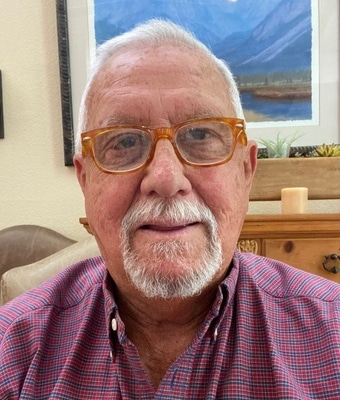 “What a persecuted Church needs is not a detailed forecast of future events which has to be laboriously deciphered, but a vision of Jesus Christ to cheer the faint and encourage the weary.  John’s purpose is a practical not academic.  He is not just a seer but a pastor.  His desire is not to satisfy our curiosity about the future but to stimulate our faithfulness in the present. “

“The world we live in today is no less complex and dangerous that the world of the late first century when this book was written, and we owe it to ourselves to get our head and our hearts around Revelation’s glorious pictures as we attempt to be faithful witnesses to God’s love in a world of violence, hatred and suspicion.”

“The Christian doctrine of suffering explains, I believe, a very curious fact about the world we live in.  The settled happiness and security which we all desire, God withholds from us by the very nature of the world:  but joy, pleasure, and merriment, He has scattered broadcast.  We are never safe, but we have plenty of fun, and some ecstasy.  It is not hard to see why.  The security we crave would teach us to rest our hearts in this world and oppose an obstacle to our return to God:  a few moments of happy love, a landscape, a symphony, a merry meeting with our friends, a bath or football match, have no such tendency.  Our Father refreshes us on the journey with some pleasant inns, but will not encourage us to mistake them for home.”

C.S. Lewis, The Problem of Pain

Watch the lion die on the Stone Table.

Listen to the Lion roar.

There’s our gospel: it’s the saving story of Jesus who lived, died, was buried, was raised, and was exalted at  God’s right hand, and who is now roaring out the message someday the kingdom will come in all its glorious fury.

To receive glory and honor and power.

They were created and have their being.

You, O Lord are holy and worthy of worship and praise.  But we your people are sinful

And unworthy.  You have called us to be a holy nation of your own people but we

Mostly think only of ourselves and not of others.  Forgive us Father.  You have called

Us to be a Holy Priesthood dedicated to serving you but most of our time, thoughts and

Efforts are spent on serving ourselves.  Forgive us Father.   Amen

But the eyes of the Lord are on those who fear him,

On those whose hope is in his unfailing love.

To deliver them from death and keep them alive in famine.

We wait in hope for the Lord; he is our help. And our shield.

In him our hearts rejoice, for we trust in his holy name.

May you unfailing love rest up us, O Lord,

Even as we put our hope in you.

You are children of the one who is, and who was, and who is to come.

He has called you to be his nation, and his royal priesthood.

Go out into the world as servants of the King, The Almighty.