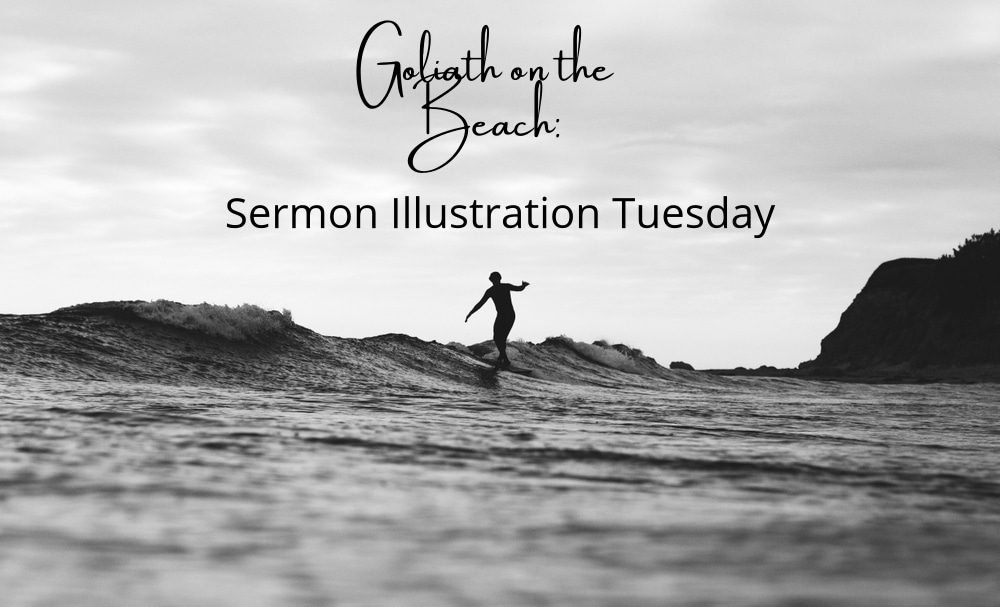 A few weeks ago, when I was out surfing, there was no one else in the water. In fact, there was no one around at all, except a guy the size of Goliath doing tae kwon do on the beach. After I’d been out a little while, a tiny wisp of a kid came paddling up out of nowhere—I couldn’t believe he was out there by himself. He pulled his little board right up next to mine. He was so small he hardly needed a board. He could have stood up in the ocean on a Frisbee. Anyway, he started chatting with me like we were old friends.

He told me his name was Shane. He asked me how long I’d been surfing. I asked him how long he’d been surfing. “Seven years,” he said. “How old are you?” I asked. “Eight.” He asked me about my kids and my family. Then he said, “What I like about surfing is that it’s so peaceful. You meet a lot of nice people here.” “You’re a nice guy, Shane,” I said. “That’s why you meet nice people.” We talked a while longer. Then I asked him, “How did you get here, Shane?” “My dad brought me,” he said.

Then he turned around and waved at the nearly empty beach. The Goliath doing martial arts waved back. “Hi, Son,” he called out. Then I knew why Shane was so at home in the ocean. It wasn’t his size. It wasn’t his skill. It was who was sitting on the beach. His father was always watching. And his father was very big. Shane wasn’t really alone at all. Neither are we.

John Ortberg, I’d Like You More If You Were More like Me: Getting Real about Getting Close, Tyndale House Publishers, Inc.