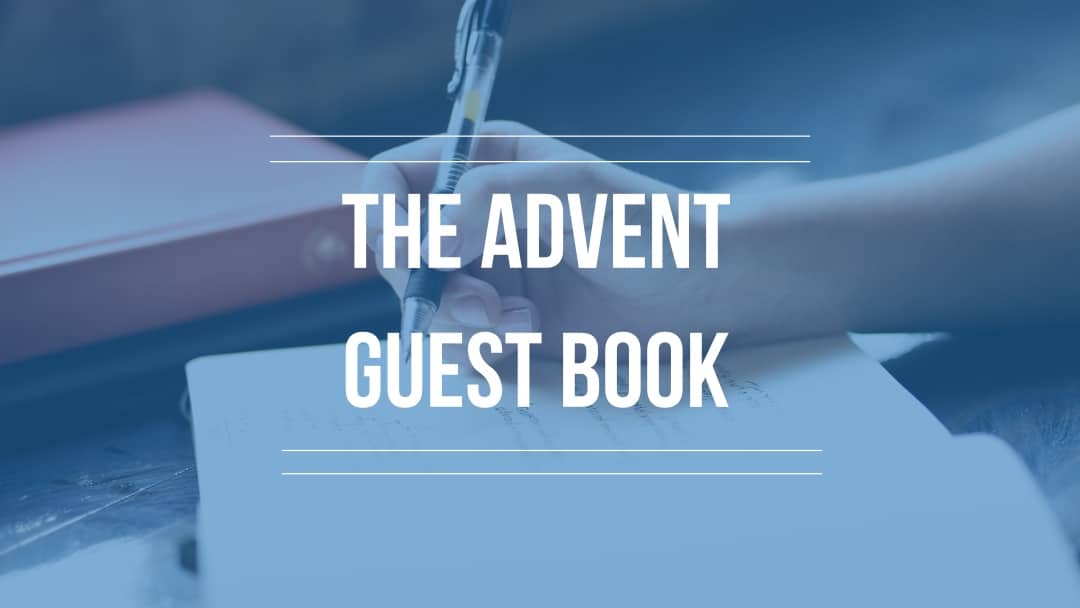 Matthew’s Gospel presents a favorable view of the Jewish Law and its traditions. In contrast to Luke’s gospel, which is more visibly the work of an outsider, and edgier in its critique of Israel and its adherence to the Law, Matthew feels like a rabbinical commentary on the unfolding messianic events. It is the “Jews for Jesus” version of the Gospel story.

Most likely written for a Jewish community, Matthew is concerned to represent an appropriate respect for Judaism and its fulfillment in Jesus. He is quick to highlight the moments of the Gospel story that have a distinct connection to the Law and the Prophets and the lectionary Gospel text for this Sunday in Advent is a case in point.

Matthew “positively” panders to his hearers in two ways. First, he highlights Joseph’s righteous adherence to the law (v. 19). Second, he connects the fulfillment of Isaiah’s pronouncement in Isaiah 7:14 of the birth of “Immanuel,” God-with-us, to Mary’s conception (vv. 22-24).

Why does this matter? Credibility. Matthew’s original audience was faithful to the Law. A narrative that didn’t appropriately appreciate that Law would be an obstacle to their ability to hear.

Joseph was dealt a potentially scandalous hand when he learned of Mary’s pregnancy. Most of us can understand the emotional burden such news would carry, feelings of anger, betrayal, sadness, and disappointment, to name a few. To be sure, Joseph had those waves of emotions, but Matthew and his audience are more concerned on how he dealt with the situation. Did he adhere to the Law? Yes, and then some.

We see a man whose righteous response to the Law was combined with a genuine concern and compassion for his betrothed. He determined that he would divorce her quietly. The Law allowed for exposure, for public accountability, for the revelation of sin, but Joseph’s righteousness held within it a mercy that tempered the raw justice of the Law. Joseph displayed the same mercy and compassion for a broken situation that would be manifest in the son that was not from his seed.

The second shout out to the concerns of Matthew’s hearers is found in the connection of Jesus’ birth to the fulfillment of prophecy.

In some sense, Joseph is an archetype of Matthew’s audience. He is an upright adherent to the Law of Israel and when faced with a moral and ethical crisis seeks to follow that Law. Without a metaphysical explanation, there is no paradigm in which Joseph could derive meaning in the birth of a child conceived outside of wedlock, especially when it is the child of his own fiance.

Enter the angel of the Lord in Joseph’s dream in verse 20. There is meaning in the birth of the child who is conceived by the Holy Spirit. Matthew interprets the birth of the child as the fulfillment of the sign that God gave to King Ahaz in Isaiah 7:14 when he and the people trembled before the combined armies of Samaria and Damascus, “The virgin will conceive and give birth to a son, and will call him Immanuel.” In that situation, God assured Ahaz that before this soon-to-be-born child knew right from wrong or how to say “father” or “mother” the opposition to Judah would be taken down by the King of Assyria.

This prophecy of Isaiah had an immediate fulfillment in the birth of Maher-Shalal-Hash-Baz in Isaiah 8, but it was a provisional peace for Judah. The consummation of the prophetic birth of “Immanuel,” God-is-with-us, is found in the child that is conceived in Mary. The fear of destruction and annihilation is assuaged with the sign that resides within Mary’s womb. That is just the other-worldly explanation that Joseph needs to receive Mary as his wife and for Matthew’s hearers to understand and accept what at-face-value is a quite radical narrative.

What we know and what we think we know is usually limited by the boundaries of the family and community in which we were raised and in which we dwell. We are shaped by the values and worldview of the tribe from which we come and that includes the religious tribe. There is nothing wrong with such a formation of the individual, but often those structures do not have a mechanism to interpret something that is out of place in our experience. Fortunately, for us and Joseph, the Hebrew tradition has the rubric of revelation in which God intervenes and interprets our experience in a way that we could not previously understand.

For Joseph, the angel of God became that guest who enlightened and expanded his understanding of what seemed a sticky situation. Without that revelation, Joseph would have stayed in secrecy within the boundaries of his religious tribe.

As we come to the Advent of the Son of God in the person of Jesus, what paradigm are we bound by? What limitations are there in our own religious thinking and acting that need some expansion? What dreams might God be giving us to help us think differently about others, about the world, and perhaps even our own situation? Of course, we need to ask that cautiously and with circumspection. Even the expansive revelation of God to Joseph, while not bound, has connection to the historical actions of God and is consistent with his character.

All I have seen teaches me to trust the Creator for all I have not seen.

A Place of Revelation

On this earth, then, in our deserts, God personally reveals and names himself. When he does so, his pleasure floods our senses, his beauty engulfs us, and our God-misconceptions are devastated. He moves us from make-believe to reality. The knowledge of who he is and the never-ending implications of being his children overwhelm us.

When the LORD restored the fortunes of Zion, we were like those who dream.

Then our mouth was filled with laughter, and our tongue with shouts of joy; then it was said among the nations, “The LORD has done great things for them.”

The LORD has done great things for us, and we rejoiced.

Restore our fortunes, O LORD, like the watercourses in the Negeb.

May those who sow in tears reap with shouts of joy.

Those who go out weeping, bearing the seed for sowing, shall come home with shouts of joy, carrying their sheaves.

Lord Jesus Christ, you reveal God to us, yet we are sometimes repulsed, bored, or exhausted by what we see. We become jaded to your work in the world, and our eyes glaze over rather than getting excited by your revelations.  You manifest yourselves to us through the scriptures, in quiet prayers, and in wise counsel. Yet we are slow to listen, and we ignore these epiphanies.  We need your Spirit’s strength to open our eyes and soften our hearts. Forgive us these and all our sins, as we continue to confess in silence…

The good news in Christ is that when we face ourselves and God with the awareness of our need, we are given grace to grow, and courage to continue the journey.