It seems everybody loves Saint Francis. But few really know him. We like our garden statues of a somber man holding a bird, but this is not the real Francis of Assisi from the 12th Century.

Instead, picture an energetic and jovial little man, known in his day as “God’s Jongluer.” Before coming to Christ he sang and danced at wild parties.

As Christ’s disciple St. Francis is a spiritual minstrel. He delights people with his joyful songs of praise to God. Imagine him skipping and singing down the narrow cobblestone streets of Assisi. Perhaps there are hanging flowers baskets outside the homes and shops as there were when Kristi and I visited this charming, ancient town in the springtime.

He smiles warmly at everyone he meets as he skips along and sings:

Let us love the Lord God!
By His mercy to us in Christ, He saved us!
He alone is holy and just.
He alone is delectable and sweet.
God is the fullness of all good!

St. Francis spreads the joy of the Lord to people, not just on bright sunny days, but also in dark trials. He called this “following in Christ’s footprints” to do good to all people, even those who mistreat us, in order to demonstrate to them the gospel of the Lord (1 Peter 2:20-21).

In this way Francis preached without words, letting his life speak. Like when

In fact, like Jesus himself, St. Francis and his friars were known for very short sermons. They focused on manifesting God’s presence through acts of charity and prayers of blessing.

One time St. Francis actually preached a sermon without any words at all!

He led a prayer service for his beloved soul friend Clare, who was in charge of at the San Damiano Chapel he rebuilt, and the other sisters in the convent. Francis knelt down at the altar and raised his eyes to heaven in quiet prayer…

Again he kneeled to pray in quiet, seeking God’s mercy by silently reciting Psalm 51: “Have mercy on me, O God…”

That was the entire church service!

“Preach the Gospel always — when necessary use words.” When we hear this famous saying of Saint Francis or see a statute of him let’s urge ourselves with his life’s ambition and joy: “Follow in Christ’s footprints!”

Many say that Clare followed Francis’ teachings even better than he did.

Like St. Francis, St Clare of Assisi left behind precious few writings and prayers. Mostly, what we have are stories and letters from people who knew them. My favorite writing of Clare’s is a prayer that comes from a letter she wrote to Blessed Agnes. I’ve called it “Following in Christ’s Footprints.”

When I pray this Footprints Prayer I recall visiting St. Clare’s beautiful garden at the center of her convent at the San Damiano Chapel. 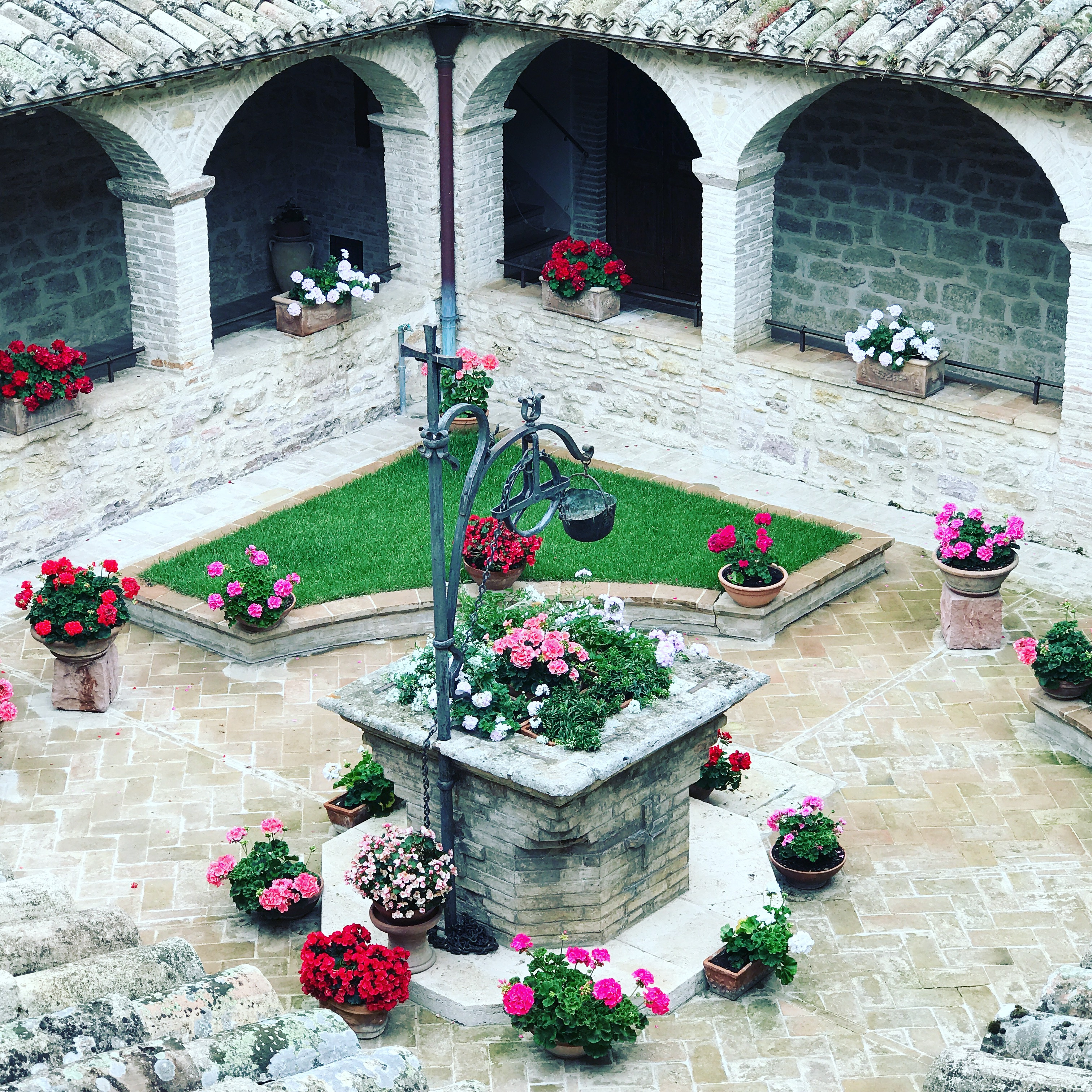 Only one thing is necessary:
Always hold the hand of the Spirit of Jesus Christ,
Never abandoning your heavenly King and Lord.

Follow in His footprints
With ready pace, light step, and unswerving feet,
So your steps stir up no dust.

Go forward with Him who is your Spouse,
Readily, securely, and joyfully
On the path of prudent happiness.

Be careful to agree with nothing
Which would dissuade you from your intentions
Or place a stumbling block on the way.

Keep pursuing the call of the Spirit of the Lord;
By always holding fast to His footprints
You will be adorned with the splendors of His virtue.

Check out our Quotes on Joy

We were 25 pubescent 13-year old boys in music class stuck to the straight-backed plastic chairs by our sticky sweat following a raucous hour of physical education at the parochial school we attended. We’d have a lecture on music theory, sing some corny songs, and...

The Banshees of Inisherin Movie Review

Ah, but a man's reach should exceed his grasp,  Or. what's a heaven for?"  Robert Browning A part of our desire at The Pastor’s Workshop is to help pastors connect the stories in our culture with the stories taking place in culture. This is a somewhat fraught...

Working with a Church Board without Losing Your Mind

Do We Stay or Do We Go? It was June of 2020 and we had a major decision to make. As we went around our group of elders, each was given the chance to give their opinion: do we go back to worshipping in our sanctuary, or do we continue worshipping online? As the elders...