Book Review: Faith in the Shadows: Finding Christ in the Midst of Doubt by Austin Fischer 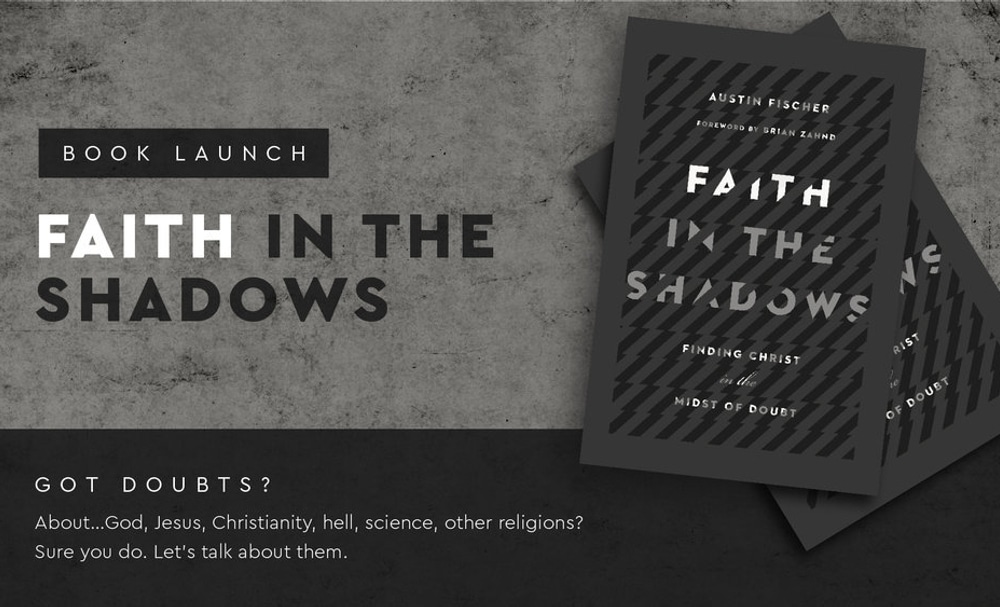 I’ve been meaning to write a review of Austin Fischer’s Faith in the Shadows: Finding Christ in the Midst of Doubt for a couple months now. I had even gotten fairly close a few weeks ago when all my notes got gobbled up by my computer (okay, I’ll be honest, it was my fault). But I think I’ve put off writing this review in part because I’ve struggled to really grasp the big picture of the book. I’m not sure I have yet, but perhaps that’s okay. This will just be a couple thoughts about the book and for whom it might be a helpful read.

I was actually really excited to read this book, partially because doubt is a topic that I have been personally drawn to since I first struggled with faith late in high school. The book opens with a cautionary tale in the forward by Brian Zahnd, of a pastor in his own community, who one week strolled into the pulpit and declared he no longer believed in God. Zahnd does an excellent job describing, from his own point of view, how it is that a “Bible-believing” pastor can go from a zealous believer to someone who is completely “over” the Christian faith.

Perhaps it is because the faith that said pastor believed in was poorly constructed—not the Jesus part, just some of the other baggage that often surrounds a certain type of Christianity, particularly fundamentalist Christianity, that places its trust not simply in Jesus but in a larger series of “proofs” that ultimately cannot bear the weight they intended to keep up.

The problem here, and I’m speaking from my own perspective, is that faith sometimes ceases to be faith. It becomes a set of facts, but those “facts” don’t always hold up well to critical thinking. What then? The experiment of this book by Austin Fischer aims to grow a faith that is open to questions but also rooted in Jesus. I imagine in some sense he may have come from a similar background as that of the pastor-turned-atheist, and as his own faith faced the fire, instead of throwing the baby out with the bathwater, he has attempted to build his faith in a more thoughtful, nuanced way. 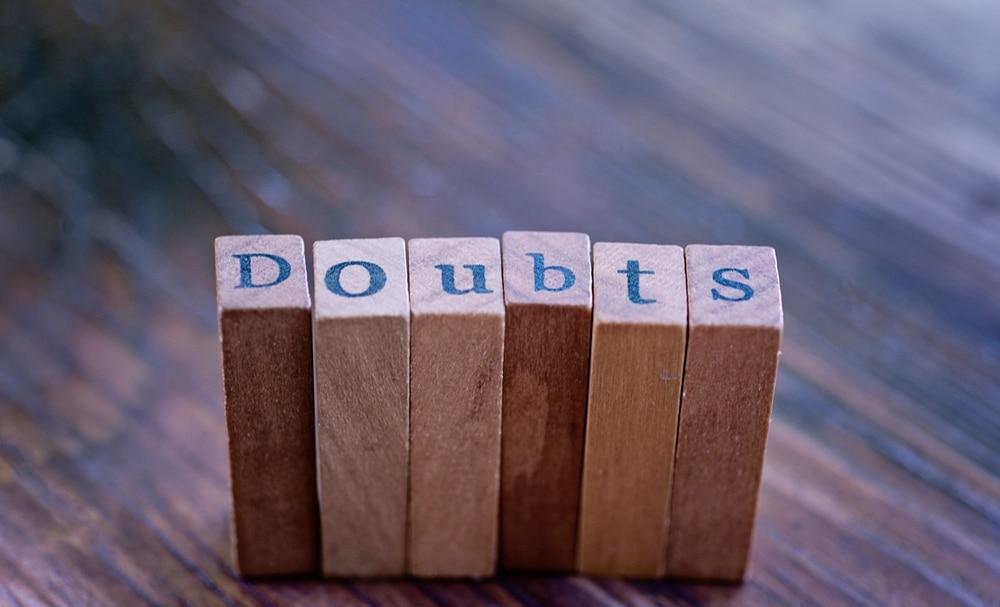 Fischer weaves his own story of faith and doubt throughout the book as he explores a number of the main issues that arise in the faith vs. doubt conversation. At one point in the book, he describes the pain and darkness that he experienced after being close to a community ravaged by a natural disaster. I cannot help but think Fischer is speaking of himself when he wrote this paragraph:

Christianity sows seeds of celestial charity in our hearts, and those seeds can mutate into an existential brokenheartedness on behalf of the suffering world. The radiance of divine love can morph into a tumor that destroys faith. Christian faith creates a love so fierce that it can accidently subvert faith in the name of love in the face of savage evil. In other words, it is often those with deep faith, firmly grounded in the love of God, who find their faith languishing in the shadows when faced with creation’s ceaseless pain: “The more a person believes, the more deeply he experiences pain over the suffering of the world.

One of the things I so appreciate about this book is that Fischer, having gone through an extended period of doubt and darkness, doesn’t find the answer in some unitarian “all paths lead to God,” but neither does he cling to what he describes as “false certitude.” Fischer describes this not so much in terms of strong faith, as many outsiders would, but rather in a desire to control the outside world by constructing an airtight faith around “truths” that cannot be disproven.

For the most part, I found Fischer’s treatments of epistemology (how can we know what we know) the problem of evil, science vs. faith, consumerism, hell even-handed and helpful.

So who is this book for? The answer, in my opinion, would probably be anyone who is either struggling with doubt or wants to help those struggling with doubt. There are points when those on the conservative edge might bristle (as when he argues for theistic evolution).

For those on the far left, he may be a bit too conservative. For those on the far right, he will definitely be too liberal, but I would go so far as to say that most people will find something to take away from this book on the deep questions of life and faith, doubt and darkness. As a pastor, Fischer is more than proficient in providing excellent illustrations (some of which you will probably find on this site) for his points. His bibliography includes many of the best thinkers on this subject. 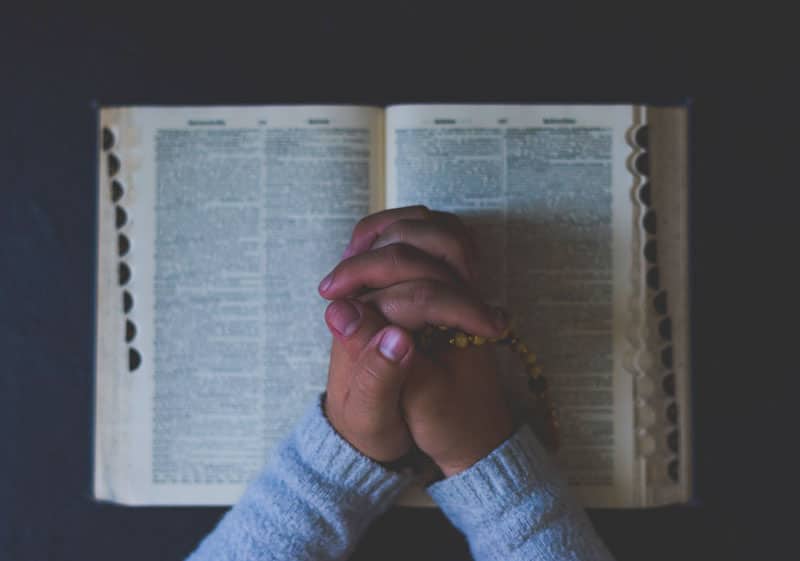 One word of caution, while I found the book very accessible and well-written, it might come across as a bit highbrow for certain circles. For those who enjoy reading, who have an interest in faith seeking understanding, they shouldn’t have any trouble drinking from the wells of wisdom that this book holds.

To close, I wanted to include some of my favorite quotes from the book:

Quotes from the Book

By misinterpreting the Enlightenment and the corresponding rise of empiricism as an existential threat to Christian faith, many frightened Christians sequestered themselves into rooms of certitude.

Christianity has suffered more casualties from faux faith than from honest doubt.

Faith is not the absence of doubt. Faith is the presence of love.

As a personal anecdote, I’ve always found that unbelievers are much less offended by the hypocrisy of our morality than they are the hypocrisy of our certainty. Every human, believer or unbeliever knows what it’s like to fail to live up to one’s beliefs, to fail to embody one’s moral ideals. Moral hypocrisy is a universal experience, so unbelievers can be remarkably understanding of our moral fragility because they know it too. What unbelievers fail to understand is how we can pretend to be certain of things we obviously cannot be certain of…I once spoke with an atheist who told me he would love to hear me explain the coherence of Christian faith, but not until I admitted that, while a believer, I was also uncertain about my beliefs. I asked why and he curtly responded, because I haven’t any time to waste talking about something this important with someone who lacks the admit we are two uncertain human beings trying to make sense of mysteries. I know that I am an uncertain human. Do you?” Sadly, at the time I did not, so our conversation floundered on the shoals of my unacknowledged uncertain (or humanity).

There are many ways to be a saint, and at times our fidelity may look like betrayal. We may have to become “saints of darkness.” We may have to be saints whose light seems to go out as we wander in the shadows, saints who tell the truth even when the truth seems blasphemous. Satan is the father of lies, so lying about our doubt and pain, even in the name of piety and reverence, is Satanic. Conversely, the truth, even when impious and irreverent, can free us. Saint Job is proof, and at the end of his story he gets what he asked for: a showdown with the divine.

Pick up your copy on Amazon right here!