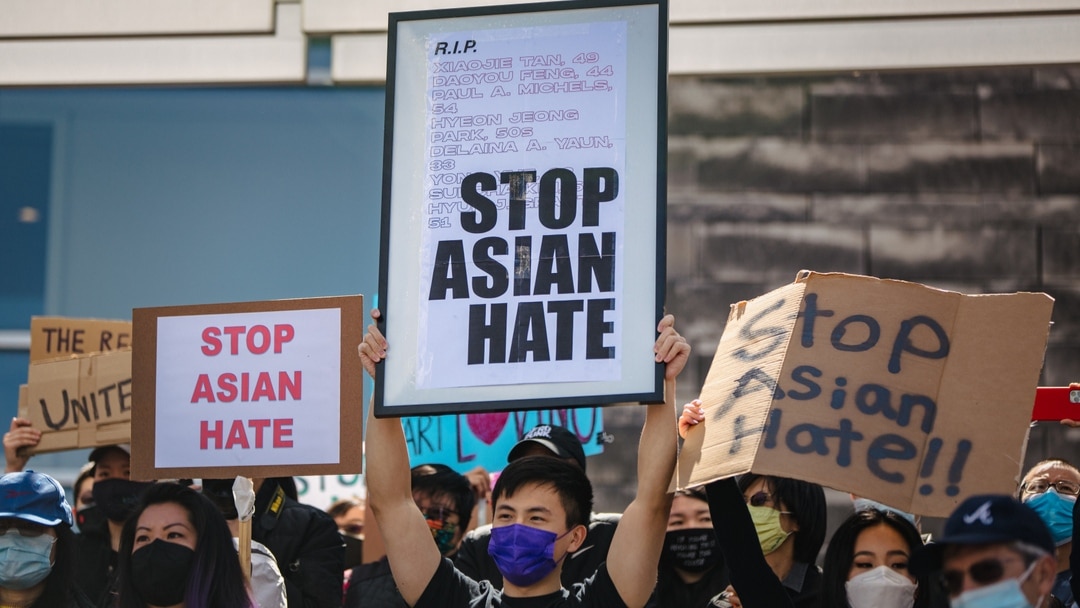 The following article was originally written for the author’s denominational newsletter as part of the celebration of Asian Pacific American Heritage Month. It is meant to provide some insights into the current rise in Anti-Asian American racism—what it feels like, and what you might be able to do in your church about it. As a sensitive and painful subject, the following essay can only provide a very limited glimpse in a space such as this. As such, we ask that you think of the following as an invitation to a conversation.

In early March, my family and I watched Minari, the Oscar-nominated movie about a Korean immigrant family trying to make it in rural Arkansas during the 1980’s. I rarely cry watching a movie, let alone in general—my wife says she’s actually only seen me cry five times in her life!—but I hadn’t realized just how much my heart longed to see something of my story presented for others to see. Tears flowed, as I felt seen.

Barely a weeks later, when a gunman drove to three Atlanta area spas to kill 8 people—6 of whom were Asian women—the ensuing debate strangely centered on the words of the perpetrator on whether or not this was a “racial hate crime.” It was a harsh reminder to me and others in the Asian American community of how the narrative of our existence has too often been told by others—in stereotypes and tropes, in generalizations and assumptions. In less than seven days, my joyful elation of ‘being seen’ dissipated as the reality set in once again of living in constant threat of having our stories hijacked.

In my work with my denominational task force on diversity and inclusion, we often talk about “God’s beautiful vision of diversity” for his kingdom as revealed in Revelation 7:9 as the foundation of our work. The beauty of the vision is that we are drawn to God in a unity of relationship, while maintaining the distinct stories of our “ethnicity, tribe, people, and language.” That honoring of God’s imputed dignity in humanity is part of what we witnessed in our recent observation of Pentecost, whereby the fire of God now resides as fire in each person. My friend Bret Widman says that this means that we ought to approach one another with the same sort of deep reverence, courage, and the desire to listen as the high priest did in approaching the fire of the Holy of Holies. It truly is a beautiful vision.

We in the church haven’t always lived into this vision well. Over 60 years ago, Martin Luther King Jr. famously pointed our penchant for worshiping together with those whose stories are most like ours. We’ve not practiced treasuring the beauty of fires in others, especially those unlike us. In the particular context of the Asian American experience, our fires have often been ignored, as our stories were marginalized as alien, and not really American. As I pointed out in an earlier article, there have been Asian American communities in North America even before we became a nation, but the question “Where are you really from?” is an all-too-familiar greeting for many of us, especially in the church. Sometimes, the only times we saw our cultural heritage portrayed in the broader American ecclesial setting was via caricatures on problematic VBS packages.

The pandemic, in one sense, has intensified and emphasized this experience. The fact of the matter is, while Anti-Asian racism has been around for a long time, I’ve heard slurs in the past year that I had not heard since my childhood. Not that it was okay back then either, but, as the actor John Cho poignantly wrote in an op-ed for LA Times, the coronavirus has reminded us that “our belonging is conditional. One moment we are Americans, the next we are all foreigners, who brought the virus here.” For the sake of my children, I am no longer ‘okay’ with such conditionality. For the sake of our work together in the kingdom, none of us should be.

What then can we do in the church about this? What is our role as the salt and light during times like this? While I am far from comfortable in providing an answer to this question, I have collected some thoughts on the sort of a posture that might be helpful for those communities wanting to try.

Practice generous listening.
This, for me, is a more descriptive way to talk about empathy. Concretely, this means to accept the stories of racism from people of color in general, and Asian Americans in particular case here. As a person of color, it is traumatic to share stories of experiencing racism, but it is another trauma altogether to be disbelieved.

I remember an incredibly frustrating conversation with a pastor who insisted that the phrase “China Virus” was not racist. I explained that certainly while the words in and of themselves are neutral, there was a context that has stoked xenophobia. That, rightly, my eighty-six-year-old mother feared for her safety walking to the store; and that I had friends physically threatened, after being verbally abused with this phrase. My conversation partner was not moved.

There are always many sides to a story, but I think learning to hold our multi-stranded reality in tension requires this first step of empathy.

Don’t stay silent when someone says something harmful.

Remember, not living into kingdom vision is all of our responsibility. While people of color have a certain role in telling our stories, it is all of our responsibilities to speak up. Silence very often conveys a powerful message. Speak up when there is misinformation, or slurs being conveyed. Yes, it is uncomfortable to talk about such things—and there are always better and worse ways to bring things up—but “speaking the truth in love” means speaking the truth, in love.

Being curious helps us to break out of our assumptions. But sometimes even our questions can convey assumptions (for example, “Where are you really from?”). To be curious appropriately means to be curious about the person and their feelings, rather than your assumptions about the person. Center on what the other person might want to share, and their experiences, rather than your own. Honestly, I don’t feel like I owe a person I just met my family history. And I honestly might not enjoy sushi (I do though). And if you are somehow called out in your assumptions—we all do—realize that while our tendency is to get defensive, such moments can be incredible opportunities for growth, if we will let it!

Lift up the current crisis in prayer, but especially in the context of public gatherings, such as Sunday worship. Help people realize how appropriate it is for us to be praying such topics. The good news of the kingdom is that it “sets the oppressed free.” Let us live into it.

Incorporate resources from diverse backgrounds into your worship services

Begin to incorporate resources from people of color, from non-Eurocentric perspectives. Not only is this pretty easy, it really helps our churches to lean into the beauty of God’s kingdom vision for diversity. It is, an excellent first step toward seeing the imago Dei in others.

I love the ways that we celebrated Asian American Heritage month in our diocese, and several of these ways can be used in worship services. In another article introducing Asian American Heritage Month,  I referenced kintsugi as a powerful non-Western cultural illustration of a something that can be used doxologically. Beautiful liturgical art by the likes of James He Qi, or by Laura James, helps us to break out of our cultural siloes. We miss out on so much beauty when we fail to receive these cultural stories. They are, after all, God’s stories of faithfulness in creation, meant to be treasured. 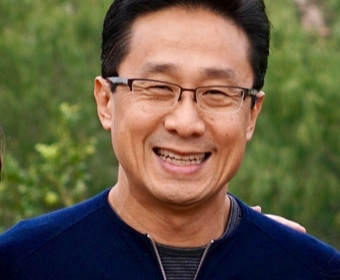 Currently he works with churches and non-profits to have courageous conversations around justice issues. He and his far more interesting wife Esther will celebrate their 25th anniversary this year, and they have two extremely extroverted middle-schoolers. They reside in Orange County, Californ