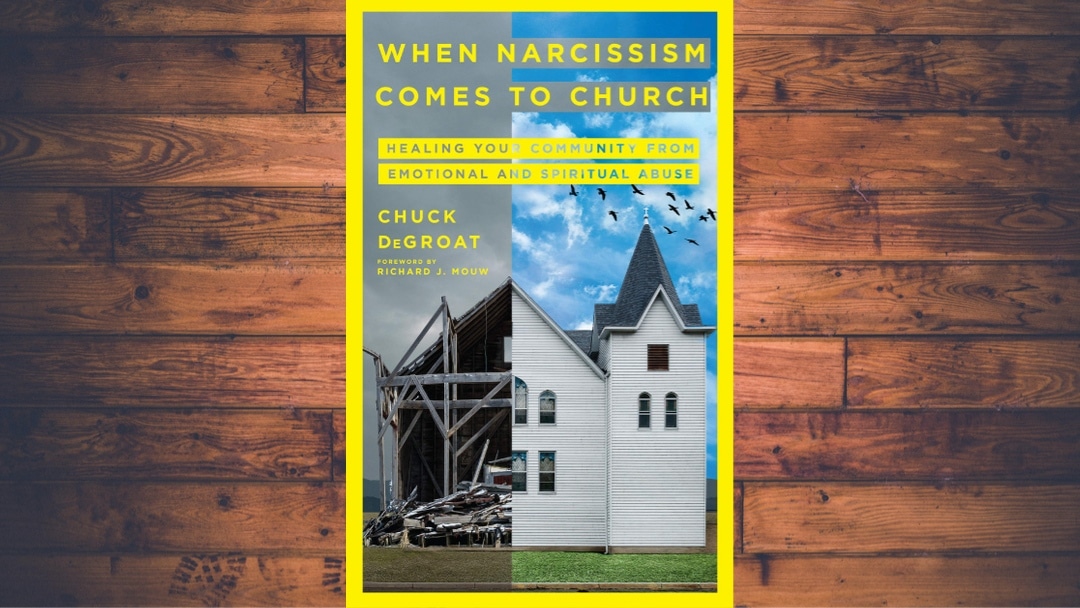 Chuck DeGroat’s When Narcissism Comes to Church is a crucial work for anyone working close to ministers. It sheds light on some of the more pervasive behavior we see in the celebrity pastor or the new church planter who plans to save the world.

When I started doing psychological assessments for pastors and church planters, I saw that narcissistic traits were often presented as strengths. Narcissism can be interpreted as confidence, strong leadership, clear vision, a thick skin.

A colleague of mine often says that ministry is a magnet for narcissistic personality—who else would want to speak on behalf of God every week? While the vast majority of people struggle with public speaking, not only do pastors do it regularly, but they do it with “divine authority.”

In my lifetime, the classic image of the devoted parish pastor who could be trusted to rightly preach the word, diligently care for souls, and wisely lead the church has shifted dramatically. With major scandals in both Protestant and Catholic churches, trust in clergy is down significantly over the last twenty years.

Churches are particularly susceptible to a phenomenon called “collective narcissism,” in which the charismatic leader/follower relationship is understood as a given. Sadly, in recent years we’ve witnessed too many instances of charismatic Christian leaders gaining a massive following, both within the church and on social media, only to be exposed as manipulative, abusive, and dictatorial. Jerrold Post argues that a mutually reinforcing relationship exists between leader and follower.

The myth of Narcissus tells the story well. While often told as a tale of excessive self-love, it is precisely self-love that Narcissus was lacking. It’s a story of being stuck, immobilized, fixed in a death dance. In his youth he ran free, hunting in the forest, loved and desired by young women. But he would let no one touch his heart. This is the wound of shame. One who is ashamed cannot connect and cannot become vulnerable. He is immovable, untouchable.

Narcissus finds himself thirsty one day and makes his way to a clear pool for a drink. In the water he sees his reflection, an image so striking that he reaches in to embrace it. But the image is lost when the water is disrupted, as it is with each future effort. Leaving Narcissus all the more desperate. Immobilized before the pool, he pines for the image that will never return his love and eventually succumbs to the neglect of his basic needs.

… Narcissus is trapped in a vicious narcissistic feedback loop. The name Narcissus comes from the Greek narc, which means numbness—a kind of stupor. It is the sting of addiction that Narcissus experiences.

The early church fathers named the primary sin patterns “passions,” borrowing a Latin term that could also be translated “sufferings ” As we live out a unique pattern or “face” of sin, we begin to think the face is our own.

It’s important to keep in mind that the lawyerly and perfectionist false self is a protective mechanism for his feelings of not being good enough. Perhaps he was criticized for not being a “good boy. Perhaps she heard “bad girl” time and again. Underneath, there is a palpable sense of anxiety—maybe I’m wrong, maybe I’m deficient.

Twenty-five years ago, when I was just getting started, vulnerability was not a high value. Things have changed. But with a higher value on transparency, authenticity, and vulnerability in the church, there is a dark “flipside” that we need to be aware of, a phenomenon I call “fauxnerability ” And this may be the newest revelation of narcissism’s pastoral bite.

The discovery was followed by days of throwing his wife under the bus for “emotionally abandoning” him.

…Fauxnerability is a twisted form of vulnerability. It has the appearance of transparency but serves only to conceal one’s deepest struggles. A husband may talk generally about his sinfulness, but a significant addiction to pornography may be ignored. A pastor may share vague references to his battle with lust but be covering up an emotional or sexual affair

Here are some distinctions [between vulnerability and fauxnerability] to be aware of:

Almost every parent experiences that lovely moment when small child says, “Mommy, Daddy, my shadow is following me. I remember my daughter Maggie, maybe two or three years old. Dancing around our driveway in the bright Florida sunshine watching her shadow dancing alongside her. But the shadow dance is not just the stuff of childhood.

Almost everyone (and every church or organization) that seeks to grow up faces that terrifying moment when we realize that our shadow never leaves us. We can ignore it, deny it, or repress it, but only for so long. To grow up, we must not turn from it but to it, to learn from it, grieve through it, and even claim its many treasures.

Gaslighting is a form of emotional abuse that draws its name from a 1938 British play called Gas Light. In the play, a man named Jack Manningham terrorizes his wife, Bella, by making her doubt her perception of reality. Bella is comforted only by the one reality she can trust—the dimming of the gas lights that correspond with Jack’s afterhours antics. Among his antics, Jack hides household items and blames her for misplacing them, which throws her into perplexion and self-doubt. Her only shred of sanity is in the gaslights flickering flame, and the audience is held in suspense as she vacillates between self-doubt and clarity.

When I teach on the dynamics of real change and maturation, I often describe a “furnace of transformation” each of us must pass through for the sake of growth and refinement. I’ve never seen real growth occur without suffering, humiliation, disappointment, and pain. The way of transformation is the way of the cross, a journey in which our sufferings make a way for resurrection (Philippians 3:7-11).

In the end, the hope of transformation is anchored in the presence of a God who is utterly familiar with all the dark and light within us—and is not afraid of it. Recall the words of Macarius from earlier, “The heart is Christ’s palace: there Christ the King comes to take his rest, with the angels and spirits of the saints, and he dwells there, walking within it and placing his Kingdom there.”

The relational posture of a Christian is anchored in our union with Christ. God dwells in us, by the Spirit, nearer to us than our very breath-Anyone who lives from this depth of intimate relationship will long to be like-minded, unified, unselfish, humble, deferential, and self-sacrificial—anything but narcissistic.

Or, read the full review here.